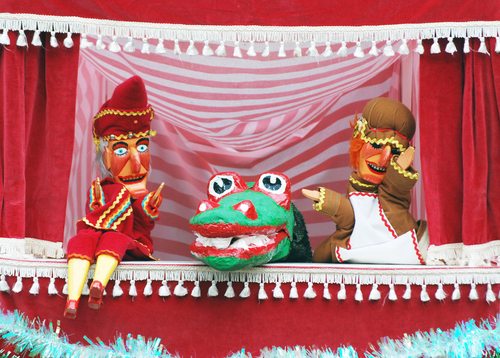 This past week, President Obama’s National Economic Council (NEC) issued a report basically lambasting the idea of a charitable deduction cap, whether it might be set at $25,000 or $50,000. “The Charitable Deduction & the Fiscal Cliff: Why Taking Tax Rates Off the Table Threatens Non-Profits & Charitable Giving” is as much a political document as an economic analysis, offering its conclusion straightforwardly and partially in boldface type:

“The most prominent dollar cap proposals would effectively eliminate the charitable deduction for up to 13 million households and for as much as 60 percent of currently deductible giving…Using Congressional Budget Office assumptions, the National Economic Council (NEC) estimates that a $50,000 cap would reduce charitable giving by about $150 billion over 10 years, while a $25,000 cap would reduce giving by about $200 billion. Even a $25,000 cap that applied only to high-income households would reduce giving by at least $10 billion per year.”

Readers will recall that President Obama has, at least four times, called for limiting the charitable deduction for high income tax itemizers to 28 percent even though they might be paying taxes at the 33 or 35 percent rate. If there is no fiscal deal struck, the highest tax rates would increase in 2013 to 31 percent (from 28 percent), 36 percent (from 33 percent), and 39.6 percent (from 35 percent). The NEC report examines a counter-proposal from the Republicans concerning a financial cap on all deductions together.

In response, House Speaker Rep. John Boehner (R-Ohio) and the Republicans haven’t offered any specific suggestions on the charitable deduction. Instead, they suggest that closing unidentified tax loopholes would raise $800 billion in new revenues. In the absence of a specific proposal from Boehner, the Obama administration has pinned the Republicans to a proposal floated by defeated presidential candidate and former Massachusetts Gov. Mitt Romney: the notion of a cap on the total value of deductions an itemizing taxpayer might claim. Here is how Gov. Romney described his idea during the second presidential debate:

“In terms of bringing down deductions, one way of doing that would be to say everybody gets — I’ll pick a number — $25,000 of deductions and credits…And you can decide which ones to use, your home mortgage interest deduction, charity, child tax credit and so forth. You can use those as part of filling that bucket, if you will, of deductions.”

Why does the NEC believe that the Romney monetary deduction cap isn’t a good idea? Because the value of mortgage interest deductions and state and local tax deductions alone would exceed the total monetary deduction cap for many high-income taxpayers. There would be no room for sticking in additional charitable giving deductions. Yes, money is fungible, so a taxpayer could drop out the mortgage interest deduction and substitute a charitable giving number, but remember, for all of you who do your own taxes on TurboTax or bring your tax forms to your accountants, your mortgage interest number comes in a tax statement from your mortgagee; it’s a number to plug into your taxes. Your state and local taxes are in your W-2 from your employer or, if you link your tax form preparation, they may be generated by simply filling out your federal tax forms. Your charitable deduction is a choice, much less automatic and much more likely to be reduced or dropped in your federal tax calculations under a monetary cap like that proposed by Gov. Romney.

The NEC report ends with a statement of how the 28 percent deductibility cap would work. Unlike the Romney/Republican cap, the president’s proposal still makes all itemizers eligible to take a charitable deduction and if it were adopted, taxpayers in the top three rate categories would be limited to the benefit level accorded to middle-income taxpayers. The Obama plan has a moral dimension to it, keyed to the administration’s drumbeat in favor of protecting the American middle class. Why should wealthy and superwealthy taxpayers be accorded a more favorable deduction than the incentive given to middle class charitable donors? Why should wealthy donors be able to reduce their taxes by 31, 36, or 39.6 cents for every dollar of charitable donations when middle-income families only get to save 28 cents?

The NEC doesn’t go into detail on the potential impact of a 28 percent cap on charitable deductions. Rather, it simply refers to the studies of “[i]ndependent experts who have evaluated the [p]resident’s proposal…[and] concluded that it would not significantly reduce charitable giving.” The NEC adds that the Obama proposal to increase the estate tax rate would further incentivize charitable giving by high-income households.

Recent White House blog postings by Gene Sperling and Jason Furman for the NEC and Aviva Aron-Dine and Jonathan Greenblatt, both special assistants to the president, do not add any new information generated by the White House on the potential of charitable donations being lost due to the 28 percent cap. In fact, the Sperling/Furman analysis doesn’t even mention the president’s 28 percent proposal.

Commentators have described the fiscal cliff negotiations as Kabuki theater, but to us, the charitable deduction debate has the feel of a Punch and Judy show—lots of loud squawking around a story line that doesn’t seem to be going anywhere. In the Punch and Judy shows that you probably saw as a child, you might remember the repeated stories of the characters hitting each other with sticks while kids in the audience shouted out to the characters about impending danger, this character or that readying his or her “slapstick” to produce more mayhem accompanied by much screeching and squealing by the puppets. In most of the stories, Mr. Punch eventually pummels and overcomes characters such as a clown, a ghost, the devil, and a doctor.

With the charitable deduction as the characters’ slapstick, isn’t it just possible that while “everything is on the table,” the charitable deduction really isn’t? Would either political party want to take ownership of having reduced the value of the charitable donation—even if under some reduction formulas, the impact on charitable giving might be de minimus, even if the primary and disproportionate economic beneficiaries are the very wealthy? Would either political party be willing to risk alienating more than one million charities and churches, more than 12 million employees of tax-exempt organizations, and tens of millions of volunteers and donors?

If the White House and Congress are staging what is tantamount to a public policy Punch and Judy show with the charitable deduction as the marionettes’ slapstick, then the result of the negotiations in the next three weeks might logically be changes in the specifics of budget cuts, changes in the tax rates for high income people, and maybe, begrudgingly, tinkering with entitlements such as perhaps raising the eligibility age or means testing for Medicare. But it looks like that without a champion other than the president with a specific proposal on the table to do something to the charitable deduction, the end result will probably be no change.

However—and this is a big however—nonprofits should be aware of two distinct scenarios that could emerge. One is the outside possibility that, as the nation hugs the cliff later this month, a grand bargain could be struck that somehow includes a change in the charitable deduction while everyone on Capitol Hill exclaims in shock, “We have no idea how that got in there” or “Well, personally, we didn’t put that in there, but it’s part of the bigger deal and there’s no way to vote against the entire package.” We don’t think so, but that’s one not-impossible outcome. The other scenario is that even if negotiators don’t go after the charitable deduction, they might tacitly agree that it will be on the table in the spring as the nation moves toward a post-cliff comprehensive tax reform discussion. For example, there is the possibility that the charitable deduction could be reworked as a flat-rate charitable tax credit, as proposed by the Simpson-Bowles National Commission on Fiscal Responsibility and Reform. This is the “nose under the tent” scenario that clearly concerns some nonprofit advocates during the current fiscal cliff negotiations.

The Nonprofit Challenge: Looking Beyond the Charitable Deduction

The problem for the nonprofit sector is that some of the national advocacy organizations representing broad swaths of nonprofits and foundations have tried to focus, laser-like, on the charitable deduction without taking stands for or against other elements of a necessary conclusion to the fiscal cliff dynamic like the sequestration of discretionary domestic spending or changes in the marginal tax rates for top-level income earners. Advocates may be able to feed that intellectual ruse to the press, but few are so naïve as to buy it.

Among the national advocacy organizations, that narrow gauge focus doesn’t work. On Tuesday, the Nonprofit Quarterly raised questions about this very issue. Just yesterday, Independent Sector (IS) released a statement explaining that in addition to its to-the-mat advocacy against changes in the charitable deduction, it advocates “reasonable spending reductions to both discretionary and mandatory programs.” According to the statement, IS believes that “a plan that includes a modest tax increase on the two percent of Americans who can most afford it offers the best hope of moving forward in a fair and balanced way.” The IS statement makes clear that the stake that nonprofits have in the fiscal cliff negotiations is much more than whether wealthy people can maximize the deductibility of their charitable donations.

The Cohen Report will follow up with an analysis of the tradeoffs in the charitable deduction, budget cuts, and other components of the fiscal cliff based on the perspectives of people in the field from a broad swath of nonprofits and perspectives. The Beltway’s Punch and Judy show has real life consequences for the organizations on the front lines of helping people and communities to weather the continuing pain. That pain is derived not from puppet show slapsticks, but from real life challenges to the abilities of public charities to fulfill their missions in the face of impending reductions in their core support.