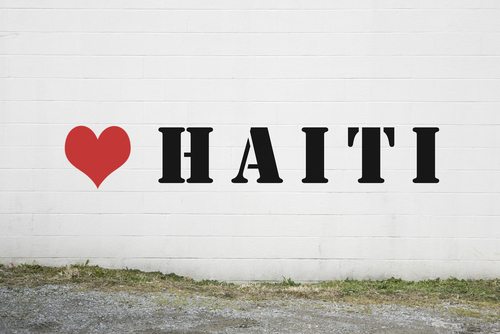 During the past three years, the NPQ Newswire has published several short pieces on issues concerning the response to the devastating earthquake in Haiti. Writing for Brookings, Elizabeth Ferris says that disaster relief to this struggling nation has been “overpromised and underdelivered.” It would be hard to imagine a disaster that generated more reports, evaluations, blog posts, and convenings than the Haitian earthquake. Having written a number of articles on what happened with the disaster relief, Ferris has much insight to share.

For example, she reports that governments pledged $10 billion in Haitian relief, but as of this time, “almost half has not been disbursed and a lot of the money went to support projects that were already in the pipeline.” Half of the American population contributed to Haitian relief, Ferris says, but, “The fact that the recovery hasn’t gone well seems like a betrayal to individual donors who gave generously in the expectation that their aid would make a difference.”

Her critique of what actually happened as contrasted with those requirements won’t be surprising to many readers of the NPQ Newswire. She suggests that the Haitian government didn’t have the capacity, “nor perhaps the will, to make the decisions needed to enable effective relief and recovery.” Regarding Haitian community organizations, Ferris observes, “too often international agencies chose to set up their own programs rather than work through existing community structures.” While she credits the U.N. with “valiant” efforts to coordinate relief, she thinks it didn’t work and was resisted by both donors and NGOs.

With three years of learning, Ferris suggests adding a fourth “key to relief” to her prescription: “Don’t promise too much.” The theme of much of the relief effort was “build back better,” the idea being to solve existing inequities and replace the nation’s crumbling infrastructure through the relief and recovery effort. Ferris concludes that the aid effort overpromised on what it could deliver. “Lofty aspirations create expectations and when those expectations are not met,” Ferris writes, “the disappointments are all the greater.” While the devastation from the earthquake required quick relief by humanitarian agencies, Ferris states, “the problems in Haiti after the earthquake were not primarily the result of the earthquake, but rather the result of centuries of political turmoil, lack of development, entrenched interests.”

Her advice for the future is powerful:

“When the next disaster occurs, let’s lower expectations of what we expect from humanitarian response…Let’s deliver more than we promise. Let’s expect our humanitarian responders to provide immediate life-saving relief to desperate people and let’s expect our agencies specialized in long-term development to step up much earlier. Let’s re-orient our aid programs to strengthening the government of the affected country – even if that slows things down. Let’s channel more of our funds through community groups so that they become more effective in their own communities – even if that means changing our priorities…And let’s keep plugging away to make our coordination mechanisms more inclusive and more effective.”

Ferris’s analysis raises more questions for us. Did the U.S. overpromise and underdeliver in its response to Hurricane Katrina? Notwithstanding the feckless decision of the U.S. Congress to delay voting on Superstorm Sandy relief, are we in danger of overpromising and underdelivering in New York and New Jersey? —Rick Cohen