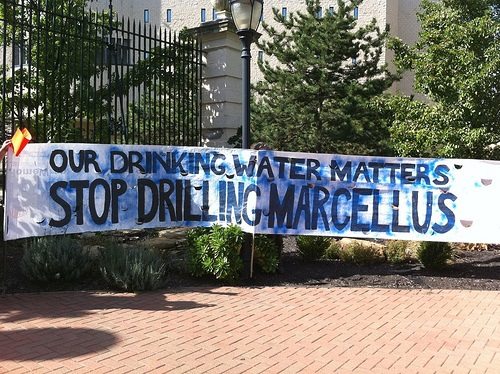 What do foundations encounter when they engage in advocacy? Advocacy puts foundations in the scrum of competing viewpoints, and they have to be prepared for blowback from the interests that don’t care for the foundations’ perspectives and input.

Apparently, the foundation representatives, while cordial, told the JLCNY people “some things that stung like ice cold water poured down your back.” The conversation was a “nonstarter,” they said. To the JLCNY members, “the true targets of the Park Foundation are the people in the Marcellus Shale communities of upstate New York.”

In a particularly pointed paragraph in the op-ed, the JLCNY president and board member write, “Since that meeting, we’ve noted artificial opposition from time to time…Every time we researched an opposition campaign, inevitably the trail back led to a Park Foundation grant.”  Perhaps with an eye to the current debates on the nation’s wealth divide, they wrote, “Foundation officials explained that their wealthy patrons were reticent to allow their pristine land to be affected by drilling rigs. We replied by telling them we had thousands of farmers who shared the same affection for their land…(and) how the farmers were at risk of losing it all to high taxes and costs hitting up against record low profits—and that these farmers wouldn’t allow their farms to be developed unless drilling could be done safely. Noting that they understood the plight of farmers, they replied, ‘We are aware there will be collateral damage from stopping natural gas development.’”

Advocacy on public issues takes foundations into the public arena. They have to be prepared for body slams like this op-ed and develop a thick skin, much like politicians do, so that the blowback from the opposition doesn’t scare them out of the advocacy arena.—Rick Cohen