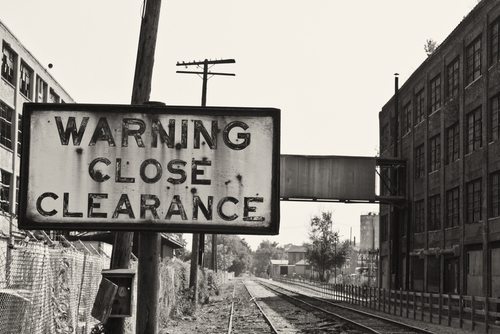 “If you’re offended by content on this site, join the club—How do you feel about the white power structure using a black man as emergency manager to disenfranchise, dispossess and exploit Detroiters?”

That’s on the front page of the KevynOrr.com website, a parody of the plans to bail Detroit out of its unprecedented bankruptcy. Anyone who has conducted any interviews with the variety of players involved with the plans to revive Detroit knows that the subcurrent of race is alive and well, albeit beneath the surface of much of the public discussions. This parody website clearly takes aim at the racial tension behind the city’s loss of some of its powers of self-governance, ceding much to the temporary emergency financial manager, Kevyn Orr.

Part of the website takes aim at Orr’s connection to and use of the Jones Day law firm in some of the city’s financial restructuring. Not surprisingly, Jones Day immediately challenged the site regarding its alleged unauthorized use of the firm’s corporate logo, but the people, whoever they are, who registered the KevynOrr.com website appear to have linked up with the Electronic Frontier Foundation for advice.

EFF responded with a brief but pointed letter answering the Jones Day charges. EFF notes that the parody website clearly criticizes Jones Day partner Orr as having acted “against Detroit’s best interests,” using the tagline, “Detroit’s Economic Coup D’état has been brought to you by…” EFF’s response suggests that the Jones Day charge of trademark infringement is not supported by the law and “plainly seeks to interfere with protected speech.”

“Contrary to the apparent belief of many mark-owners, trademark law has never given a mark owner veto power over all uses of its mark,” Daniel Nazer explained on the EFF blog. “Online and off, trademarks—words, symbols, colors, etc.—are also essential components of everyday language, used by companies, consumers and citizens to share information.”

The parody website takes aim at just about all of the major players in the bankruptcy workout, not just Orr, but Governor Rick Snyder, Mayor Mike Duggan, Quicken Loans founder Dan Gilbert, and the Koch Brothers (and ALEC)—an odd grouping, since the Koch brothers are not fans of the actions of the state government to help Detroit out of its fiscal predicament.

Whoever registered the KevynOrr domain name appears to want anonymity but not silence, even when facing off against Jones Day. “I’m almost flattered that telling truth to power, exposing the dealing of Orr and Snyder, has riled Orr’s former law firm to the point where they feel threatened by www.kevynorr.com for exercising my First Amendment rights,” said the anonymous owner. “I have the counsel of the Electronic Frontier Foundation and can only hope that, with their help, Jones Day will get a refresher course on the First Amendment. Plus it’s important that people have access to a much broader range of information about actions of Snyder, Orr and Jones Day than has been widely publicized via corporate media.”

Whether one agrees or disagrees with the components of the Detroit bankruptcy plan—and we know that there are going to be people who would raise the subtext of race—the Electronic Frontier Foundation is right to be protecting this parody site’s right to free speech. That’s something that we’re pretty sure that even the most energetic advocates of the bankruptcy plan would support, even if they completely disagree with the content and tone of KevynOrr.com.—Rick Cohen