November 9, 2011; Source: The Guardian | Don’t you feel good when you read about the nation’s—no—the world’s top philanthropists meeting in Bellagio, Italy, to discuss the importance of global philanthropy in the war against poverty? Bellagio is a great place to ponder the world’s thorniest problems, as this waterfront picture of the conference site demonstrates: 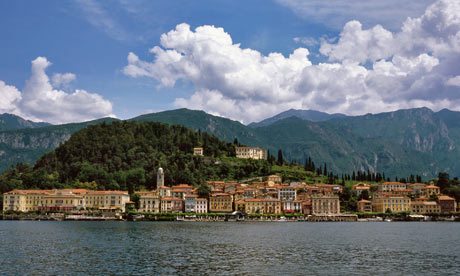 It’s a nice gig if you can get it. Funded by the Rockefeller Foundation, the Institute of Development Studies, and the Resource Alliance, the Bellagio Initiative Summit is a two-week program, from November 8 through November 23, organized around four program “modules”:

The Bellagio blog has a number of items from Rockefeller types, but we were interested in a report of comments by Dr. Noshua Watson of the Institute for Development Studies at Sussex University. According to the Guardian, foundations could take on more risk and experiment with new approaches because they don’t face the “political and economic spending constraints that most donors face.” But: “the flipside, however, according to Watson, is a lack of accountability and transparency . . . A lack of publicly available information on the aims, objectives and decision-making processes of private foundations.”

The background paper for this two-week program might be worth reading as an overview of the state of global philanthropy. The paper contains a solid infusion of the promotion of “social enterprise” and “impact investing,” concepts that Bellagio participants such as Sally Osberg of the Skoll Foundation, who made herself available for a live Bellagio blog, talked about. Among the other notable Bellagio speakers was Jane Wales of the Aspen Institute.

We found two interesting tweets from the Bellagio meetings: “Overheard at #Bellagio2011: ‘change comes from the streets, not from board rooms,’” and “‘Time to Listen to Local Communities,’ say Bellagio Initiative Summit Participants.” Juxtaposed against the international protests against the concentration of wealth and power is a small swath of elites who dominate government and business—and philanthropy, hardly a non-elite sector. We hope that after a couple of weeks at Bellagio, program participants will be listening to local communities and looking to the streets.—Rick Cohen