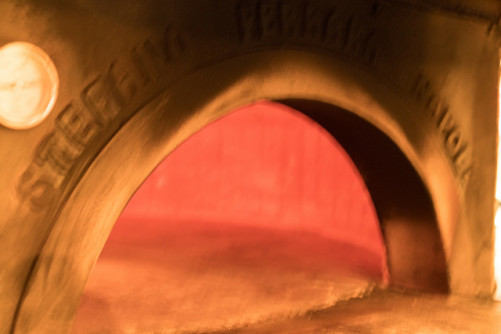 In the North Shores Collinwood area of Cleveland, “Ohio’s first experiment with participatory budgeting” has just resulted in four arts-based community development projects being chosen—by local residents—to share in $120,000 in funding from ArtPlace America. The Ballot Box Project was spearheaded by the Northeast Shores Development Corporation, a nonprofit CDC, and supported by a voting process set up through the Cuyahoga County Board of Elections.

The project began last October when community members gathered to identify areas of need that arts projects might address. They voted on their top four priorities: Collinwood history, vacancy, healthy eating, and youth engagement. Artists then developed a total of 34 projects in the four categories, and over the course of two weeks this month they took themselves and their proposals—with modest science-fair like displays—into various neighborhood locations to pitch their ideas. More than 300 valid ballots were cast, and the winning projects have now been selected for implementation. According to the project website:

The Ballot Box Project is Ohio’s first arts-based Participatory Budgeting effort. The project will give Collinwood residents a direct voice in arts investment in their neighborhood; engage them and local officials in candid discussions about citizen-led placemaking; and leverage arts activity to increase civic education and engagement.

This working-class community on Lake Erie has already invested heavily in arts-based community development projects—$500,000 in the last five years—in part because following a decline in manufacturing jobs and a wave of mortgage foreclosures, artists have been moving to the area and helping to rebuild the community. But until now, arts-based community projects were juried by expert panels, not by the people the projects were intended to benefit. As Brian Friedman, executive director of Northeast Shores explains, “We were always challenged by the question of how we get the community more engaged in the actual decision-making process. The panel review process, while a perfectly valid way to do things, hasn’t frankly met the expectations of the neighborhood to make sure it’s really a transparent process.” Working with the board of elections further legitimized the transparency of the process.

The projects selected by those who voted include “Operation Vegetable,” a giant, family-friendly board game, in the healthy eating category; and “Craft Up Collinwood,” which will engage local residents in art projects aimed at the vacancy problem by improving the appearance of eyesore properties.

Perhaps the most important element of participatory budgeting—in Collinwood and elsewhere—is that voting is not limited only to people already on the official voting rolls. The Ballot Box Project invited anyone who lives or works in the neighborhood to vote on which projects would be funded. Youth 14 and older were encouraged to vote as well. As Friedman notes, “What better way to determine youth benefit than having them vote on it? For anyone that age, this is their first time holding a ballot. It’s one touch point in helping them realize the importance of democracy when they turn 18.”

Northeast Shores is also mindful of what often happens when artists invest in community development: Sometimes the communities improve to the point where the artists can no longer afford to keep living there. “Here at Northeast Shores,” he says, our lead philosophy is we’re trying to make sure this neighborhood doesn’t gentrify past artists and that artists who live here become part of the community. We use art to cure a lot of Collinwood’s social ills. It’s about the artist as civic leader.” The CDC has a program that sells vacant homes to artists and others and provides help in fixing up the properties; and another that helps arts-based businesses to get started.

Participatory budgeting has been around at least since 1989, when it officially began in Porto Alegre, Brazil. Typically it is used to engage local communities in determining how to allocate government funds, not philanthropic dollars like the ArtPlace America grant in Collinwood.

An April 2014 article in Next City took a deep dive into the concept of participatory budgeting, and noted that more than 1,200 communities around the world had adopted some form of this process over a the span of 25 years. As noted then:

No doubt, it’s still a rather small sliver of the hundreds of billions spent each year by governments, but there are strong indications the number could multiply within just a few short years. And to many observers troubled by sinking voter turnout rates and endemic distrust of government, this is a very good thing.

According to the nonprofit Participatory Budgeting Project (with offices in Brooklyn, Chicago, and Oakland), in the U.S. and Canada, the impact of participatory budgeting initiatives has been impressive: more than $98 million in public money to support 440 projects has been allocated with the involvement of “more than 100,000 people engaged in democracy,” “500 organizations linked together to build communities” and “84 elected officials brought closer to their constituents.”

This short video explains how participatory budgeting typically works and makes a compelling case for why it matters.—Eileen Cunniffe