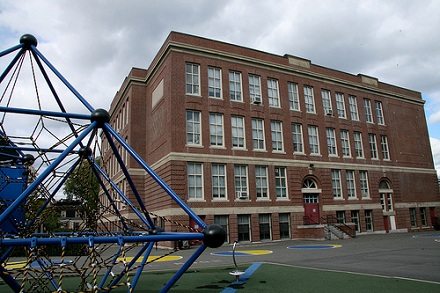 In an article in CommonWealth Magazine, Laura Perille writes about an innovative public-private partnership bringing arts education into the classrooms of Boston Public Schools. Perille is the executive director of EdVestors, one of the project’s key partners. Perille notes that nine out of ten children currently in Boston elementary and middle schools have regular art classes for the full school year, and that this is a 22 percent increase since the Boston Public Schools Arts Expansion Initiative launched in 2009. The rationale for the work is highlighted in this report.

The initiative, which started as a modest effort with the school district and local funders, has now grown into a $10 million, six-year project. This is in part due to a partnership between the Boston Public Schools and a consortium of funders in the Boston area including the Boston Foundation, the Klarman Family Foundation, and the Barr Foundation. The local funders have contributed more than $4 million, while Boston Public Schools have supplied a $2 million annual public funding increase. The funding for this project goes, in part, to support the work of many nonprofits in the schools, including the Actors’ Shakespeare Project and Sociedad Latina. The latest feather in the initiative’s cap was a $4 million investment by the Wallace Foundation.

At a time when arts funding is typically on the chopping block across the U.S., this innovative partnership is working hard to increase arts education in order to positively shape the future of many young students. NPQ hopes this project will serve as a lasting model for how public education can partner with nonprofits and philanthropy to create positive change. What do you think about the involvement of private philanthropy with public education?  Do you see this happening in your community? We’d love to hear your thoughts. –Kristin Barrali

CORRECTION: An earlier version of this article referred to Laura Perille as “Lauren” Perille. NPQ regrets the error.