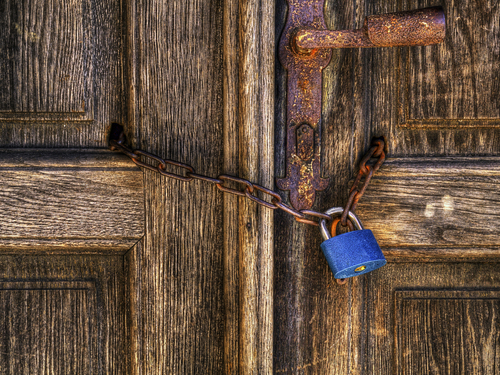 Here’s a clue: If your nonprofit board consists entirely of members of a single family, you likely have a problem. In East Palo Alto, the Born Again Christian Center had a five-member board, but only four of the positions were filled—the board was made up of the wife and brother of the pastor, Andre Harris, and two of Harris’s nieces.

So it’s not particularly surprising that the church’s congregants showed up one Sunday to find the church locked up tight and for sale, and the pastor’s house, which also belonged to the church, already under agreement. (The brother, by the way, is a real estate agent and was the broker of record for the properties.)

A suit brought by a congregant alleges that the pastor and his extended family intended to sell the church properties and pocket the proceeds even though the congregants never approved the sales. Arthel Coleman, a former church deacon, filed a suit on behalf of the church alleging a breach of fiduciary duty and violation of a state law regulating the sale of properties by nonprofit religious entities. The suit asserts that the church and home were donated in 1969 by a former deacon to the church with the home designated for use by the church pastor, a position that is voluntary and unpaid.

A copy of a grant deed indicates that Pastor Andre, who has held the position since 1999, and his wife Gloria deeded the house to themselves as a “gift” in April of this year and that one of the nieces notarized the transaction. The house was sold in June.

The suit asks for an injunction prohibiting the sale of the church and blocking the pastor and cronies access to the home sale proceeds. It also asks for all the Harrises to be removed from the board.