August 1, 2011; Source: Star Advertiser | Will community health centers take on the increasingly critical role in primary care that many hoped they would under the new health reform act? The Honolulu Star Advertiser reports that the patient load at the state’s fourteen community health centers is significantly up as fewer private physicians take Medicaid or Medicare. 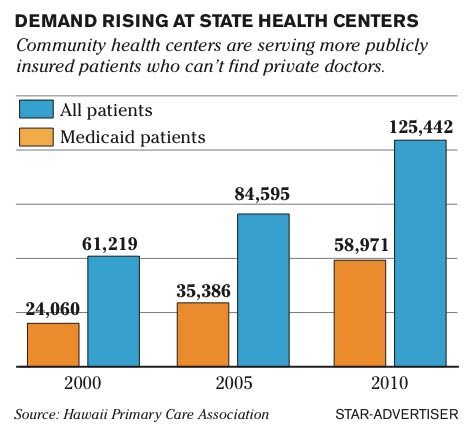 The reasons for private physician withdrawal from these programs – low reimbursement rates and high reporting requirements – may mean an increased administrative load on those centers, but they apparently welcome the growth, which has already been a steep 48 percent over a five-year period. The community health centers are required not to turn under- or uninsured people away, and additional growth is expected as more become uninsured due to changing eligibility requirements – 4,500 people are expected to be cut from Medicaid rolls in January 2012 alone.-Ruth McCambridge