Paul Ryan as Poverty Fighter? We Have a Bridge to Sell You 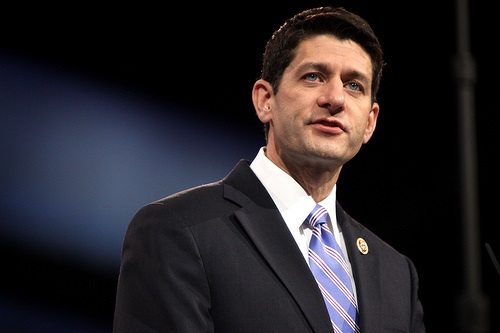 Media Matters, a left-of-center media observer, is criticizing the Washington Post for what they say was swallowing a lot of happy talk about poverty from Paul Ryan. Apparently, Rep. Paul Ryan, former candidate for vice president, “has been quietly visiting inner-city neighborhoods” to “talk to ex-convicts and recovering addicts about the means of their salvation.” Meanwhile, his staff has been visiting with center-right think tanks for ideas to include in “an anti-poverty program to rival his budgetary Roadmap for America’s future in scope and ambition.”

Media Matters say that Ryan’s “new ideas” include “volunteerism and encouraging work through existing federal programs, including the tax code,” and giving “poor parents vouchers or tax credits to invest in their kids’ educations.” while cutting the money flowing to anti-poverty programs and cutting taxes for the well-off. Media Matters labels it all “glitz and PR, and the Post ate it up.”

Jared Bernstein in On the Economy characterized the vapidity of the plan as follows:

The Center on Budget and Policy Priorities said Ryan’s budget plan “would likely produce the largest redistribution of income from the bottom to the top in modern U.S. history and likely increase poverty and inequality more than any other budget in recent times (and possibly in the nation’s history).”—Ruth McCambridge