Pew, Santorum and the “American Way of Life” 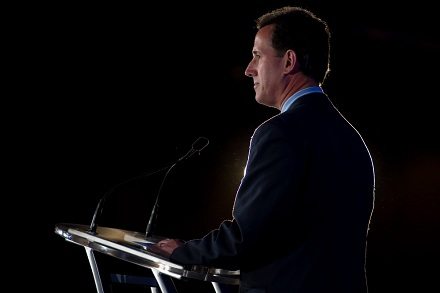 As this Huffington Post editorial suggests, the great God-fearing philanthropist Howard Pew would be proud of Rick Santorum and the ascendancy of rightist theocracy in today’s American politics. Howard Pew vitriolically opposed FDR’s New Deal public safety net and seemed to equate it with anti-Americanism of all stripes: “…Marxism, Fascism and any other like forms of government intervention…antithetical to the teachings of Jesus, to our American way of life and to the dignity of the individual.”

Now the American way of life, according to the Orwellian logic of the United States Supreme Court, is that corporations are people. That precedent was reinforced once again when the nine robed sages decided Citizens United v. Federal Election Commission, which held that the First Amendment prohibits the government from restricting political expenditures by corporations and unions. Through this sweeping decision, the Supreme Court again personified businesses that manufacture cars and credit default swaps, and in doing so, created a three-headed monster of distortion in the arena of politics and public discourse.

Citizens United has given nonprofits the right to flex considerable muscle as political advocates, and as Maxim Thorne argues in this editorial, this has especially benefitted powerful pols and ex-pols like the religious conservative Rick Santorum, who professes to be running for president largely on high octane “spiritual mobilization.” Thorne notes that President Obama is playing a similar game by recently sanctioning the role of super PACs, which may serve as a green-light for progressive politicians to follow suit. But the religious fervor flooding the 2012 Republican nomination race is the clearest sign that Citizens United has castrated the First Amendment. Both the bar against the establishment of religion and the freedom of meaningful speech by human life forms (as opposed to those made of stock) are already eroding as untold money pours into partisan causes from corporate coffers. Pew—who had wealth and the desire to impose his version of the “American way of life” on others—might have enjoyed this. But we do not. –Louis Altman