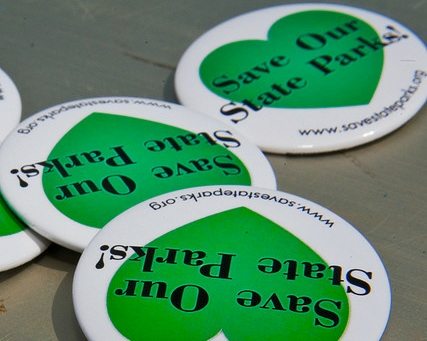 We’ve frequently written about nonprofits potentially being the answer to the financial woes of California’s state parks (see here, here, here and here). Backed by recent legislation, several nonprofits are poised to take over several California Parks. However, this story from NPR is not about nonprofits taking over, but something more unusual: philanthropic gifts to the State of California to support a park and keep it publicly run.

Dan McCranie and several other local philanthropists are giving the State of California $900,000 to keep Henry W. Coe State Park running for three years. Why not support a local nonprofit in running the park? McCranie is concerned that private parties would allow individual donors to have too much say over the park’s management and that decisions would be made to satisfy a few donors instead of the general public. What will happen after three years? McCranie has little hope of the state ever restoring funding, but hopes to build an endowment to keep the park running.

With state budget shortfalls and cuts in a number of public services, McCranie’s gift raises a number of important questions, many of which are taken up by Rob Reich, co-director of Stanford’s Center on Philanthropy and Civil Society. Reich’s primary concern is the undue influence of philanthropists in areas that are traditionally considered state roles—in essence, that is, philanthropists deciding for the public the nature of the common good.

Reich says, “You get lots of people like [McCranie] or others who do this who have great intentions and are civically minded and spirited…But acting one by one by one, they set into motion this dynamic … where suddenly we’re not acting collaboratively or collectively as a public. We’re acting individually as philanthropists to benefit the thing we’re most passionate about. And suddenly we don’t have a civic sphere anymore. We don’t have political participation. We don’t have an ‘us.’ We have a bunch of ‘I’s.’”

All of this raises a bigger question about what things ought to be roles for the state or are best left to nonprofits to either manage or wholly run. Some academics have argued that nonprofits should be responsible for common goods, or goods that benefit a particular group of people, but to which all people cannot gain access, and that the state should be responsible for public goods, or goods which are available to all people. The classic example of this argument suggests that a community garden should be run by nonprofits but a large park should be managed by the state. However, the events in California and elsewhere around the country are challenging this conception. What do our readers think? Are there public goods which should not be managed by nonprofits or for-profit companies, but solely by government? – Michelle Shumate