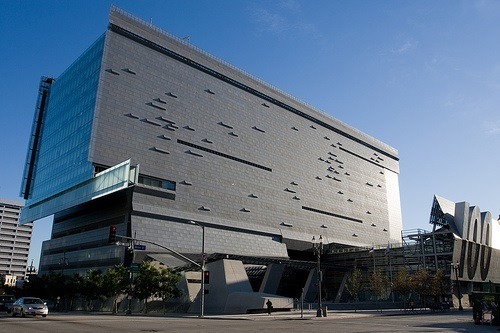 If a group of philanthropists has its way, what could arguably be the biggest nonprofit-government partnership in America will evolve in Los Angeles.

The Los Angeles Times reports that “critics of Los Angeles public schools have outlined an ambitious $490-million plan to place half of the city’s students into charter schools over the next eight years, a controversial gambit that backers hope will serve as a catalyst for the rest of the nation.”

According to a memo obtained by the Times, the L.A.-based Eli and Edythe Broad Foundation wants to develop 260 new charter schools that will enroll about 130,000 students. The plan laid out in the memo includes strategies for fundraising, recruiting and training teachers, and providing outreach to parents. It also funds the navigation of the political battles that will probably arise, with opposition led by the District’s teachers’ union and reinforced by a number of education thought leaders.

The Broads, among others, believe that L.A. Unified fails to prepare students for college and careers, robbing economically struggling Los Angeles of a better-trained, smarter workforce. The city’s underperforming school district is often cited as one of the reasons that L.A. has not been able to regain the economic mojo it lost when the defense and aerospace industries downsized nearly a generation ago.

The audacity of the proposal has ratcheted up the ongoing vigorous debate over the role of charter schools in the LAUSD, which has nearly a half-million students. Even the L.A. School Report, an online news site focusing on the intersection of politics and education in Los Angeles, and which has generally been pro-charter, questions the proposal:

In building a case for creating 260 charter schools within in L.A. Unified in eight years at a cost of $490 million, the Eli and Edythe Broad Foundation has cited “significant” gains by three charter organizations that have received $75 million from the foundation.

But when all factors are considered, there is little conclusive evidence in the report outlining the expansion plans that shows big investments in charters has always—or evenly routinely—achieved consistent academic improvements, raising an important question: Just what can Broad and other foundations promise for an investment of nearly half a billion dollars in an expansion effort that would dramatically change the nation’s second-largest school district?

L.A. Unified already has more charters than any school system in the country, totaling about 16 percent of student enrollment. Charters are independent, privately managed, publicly financed schools that are exempt from many rules that govern traditional campuses—and most of them are nonunion. This proposal would more than double the number of charters in L.A., a formidable and daunting goal that critics consider to be overreaching.

The proposal has already generated opposition from the District and from L.A. Unified employee unions. Critics say charter schools create greater inequities by taking in higher-achieving students and more motivated parents, leaving traditional schools worse off and with less money to serve a larger percentage of needy students—those with behavior problems and disabilities, for example, or who need to learn English, or whose families are living in poverty. In some neighborhoods with active charters, the local traditional schools don’t have enough students to enroll.

Research paints a mixed picture of the benefits of charter schools. One study debunks the commonly held assumption that the autonomy of charters leads to better student achievement results. Other research shows that charters’ effectiveness relative to that of regular public schools varies significantly by location, and that it remains unclear how differences are influenced by specific policies and practices at the state, district and school levels.

Broad, with the support of the two previous Los Angeles mayors—Richard Riordan and Antonio Villaraigosa—has long been critical of the performance of the LAUSD. (L.A.’s current Mayor Eric Garcetti has not made education a major part of his agenda.) Over the years, the district has not enjoyed the confidence of the city’s political and civic leadership, and it polls poorly among local voters. One approach to reforming the LAUSD—breaking it up into a half dozen smaller districts—has been bandied about for decades as the public seeks out silver bullet fixes.

The debate over the proposal illustrates that charter schools remain controversial, with supporters and opponents dug into positions that often gloss over the question of whether or not charter schools actually “work.” In some ways, this proposal has fanned the flames of the political fire.

The school board president, Steve Zimmer, made his opposition to the plan clear: “While I continue to support and be proud of the successful charter schools we have in Los Angeles, this plan is not one for transforming our public schools, but an outline for a hostile takeover.”

Proponents of the plan argue that parents need more options for their children, particularly in neighborhoods with struggling schools. Some of the school board’s members support it, and charters have been popular with parents. The Times says the “expansion campaign is shaping up to be something of a referendum on L.A. Unified’s performance.”

“The memo paints a bleak picture of L.A. Unified, saying that it is unable to ‘improve academic performance, resolve its financial deficit, and provide stable leadership…. The problem is particularly acute in certain neighborhoods where parents have zero quality options at some grade levels,’” adding that it “cites research and data showing that charters have achieved higher student test scores. Charters also have created competition that has led to some improvement within L.A. Unified.”

The expansion plan’s backers propose spending $21.4 million just to navigate the political waters—outreach to parents living in neighborhoods with low-performing schools or with charters that have waiting lists, a legislative strategy to “undo regulatory interference” that could hinder charter growth, partnerships with other nonprofit civic organizations, and a high-profile public relations campaign.

Last month, teachers protested at the opening of the new Broad art museum against charter expansion. Randi Weingarten, president of the American Federation of Teachers, told the Times that the timing of the charter plan troubles her (just this past year, the School Board fired its superintendent, a close ally of Broad and the charter movement). She cites the District’s recent improvements that the plan would “destabilize.”

It will be expensive to add new so many charter schools that quickly, and even if the funding is raised and the plan moves forward, the charters will face significant challenges finding operators qualified to run them, as well as administrators and teachers to staff them.—Larry Kaplan and Martin Levine