Philanthropy Has Role to Play in Overcoming Political Polarization 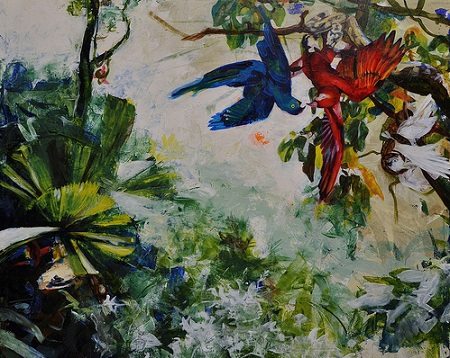 Lee Bodner at Arabella Advisors is calling for philanthropy to “take on” the political polarization that he describes as a “crippling, systemic problem…one of the more important obstacles for donors who want to make an impact in 2013 and beyond.” It’s clear that the partisan political divide is more like a chasm than a mere split, but what can donors actually do? How can donors navigate the political divide if they want their grantmaking to tackle big social problems? That would be the theme we would look for from Arabella Advisors, which often talks about big issues such as health reform and environmental protection in its conversations with donors and the public. As we have noted in the past, Arabella tends to stand out a bit among philanthropic and wealth advisors for its willingness to engage publicly, to convene thinkers, and to share knowledge.

Citing the issue of environmental funding, Bodner mentions that Arabella founder “Eric Kessler and others on our consulting team discussed the need for advocates to engage more deeply and directly in the political process—as well as to bring strategic dealmakers to the table in addition to committed activists.” The implication is that activists’ talking only to other activists doesn’t get anyone anywhere, but in the political process, dealmaking does yield results if you engage in the process thoughtfully and strategically. Kessler has also written on the role of philanthropists in the political process with an awareness that many philanthropic investors are also political donors. He reminds philanthropists that for their political giving, they should think about the changes they want to see happen as a result of their political support, determine whether an organization or an individual candidate would make the best use of their donations, and educate themselves on current events with an eye to the political climate.

Bodner suggests, however, that the current political paralysis requires “fundamental political reform.” He indicates that philanthropists are in a good position to address political reform, citing, as an example, the role of philanthropists in creating and supporting California Forward, a bipartisan effort to improve the Golden State’s notoriously difficult political system. The NPQ Newswire has covered California Forward in the past and agrees that it hasn’t had an easy time making headway.

Nonetheless, we think Bodner might be on to something. Maybe campaign finance reform and political reform are arenas for motivated, wealthy donors who are disgusted by what money has done to American democracy. Bodner writes, “Philanthropists can help lead the way and inspire others to engage in the hard work of fixing our political system.”

Think about it. If the political system persists in its dysfunctionality, doesn’t that fundamentally undermine all the good work donors are trying to do with their charity and philanthropy? Aren’t philanthropists somehow playing around the edges of social change when they don’t deploy their resources and their energies to fixing the rot at the core? Wouldn’t philanthropic advisors themselves be well-advised to help their wealthy clients find opportunities in organizations such as California Forward, the Advancement Project, Common Cause, the Election Defense Alliance, Democracy 21, and Public Campaign, just to name a few?

We want to hear from philanthropic advisors big and small: what are you doing to help your clients find ways of putting their philanthropic money to work to fix the American political process? —Rick Cohen