Can the world, as it is, be reprogrammed?

If you’ve watched the Matrix movie series, you’re familiar with its exploration of an alternate reality. One famous scene is when Neo, played by Keanu Reeves, is offered a choice: take a red pill that reveals an unpleasant truth—or take a blue pill and remain in blissful ignorance. Through a storyline that centers on humans as a power supply for a race of robots, Neo has an opportunity to make the choice to enter the Matrix and reprogram the world in which he lives.

This moment of the COVID-19 global pandemic has made undeniably visible that the United States is currently programmed to support an extractive capitalist economic system based, as the nonprofit Movement Generation puts it, “on the removal of wealth from communities through the depletion and degradation of natural resources, the exploitation of human labor and the accumulation of wealth.”

Daily, our news outlets tell stories of how those with means receive what they need to survive and thrive, while whole communities on the margins are experiencing disproportionate risks to their health, their financial security, and their very lives. At the same time, it’s been inspiring to see a growing number of grassroots networks that are practicing mutual aid, collective care, and community support in ways that are rooted in trust, solidarity, and collectivity.

What would it take for us to operationalize these practices to reprogram our society into one that supports a regenerative economy based on, that fosters, in Movement Generation’s words, “reflective, responsive, reciprocal relationships of interdependence between human communities and the living world”?

I direct Justice Funders, a nonprofit that supports philanthropy in reimagining practices to advance a thriving and just world. For those of us in a position to redistribute resources to frontline communities, this is a moment in which we must urgently act with moral clarity and choose which side of history we want to be on.

In previous crises, high net worth donors and philanthropic institutions chose to uphold the systems of oppression and economic structures from which they benefit, driving the extreme inequities that we witness today.

The question before all of us in philanthropy right now is this: Are we ready to take the “red pill” to squarely face and address the unpleasant truth that our field has played a significant role in the extractive economy?

As a philanthropic community, we have a moral obligation to recognize and reconcile how our institutions and field have contributed to building and reinforcing the extractive economy. While it was the tax policies of the twentieth century that initially shaped this field and its practices of accumulating and privatizing wealth and power, individuals and institutions have since made their own choices to institutionalize practices that are misaligned with their values, missions and primary objectives.

Aligning our practices with our values means that capital, rather than being accumulated by individuals and institutions, must support the collective capacity of communities most impacted by economic injustice to produce for themselves, give to and invest directly in what their communities need, and reinvest the returns for themselves. It means collective well-being must be prioritized over the wealth and power of a few.

It means philanthropy must reorient from a “charity” approach, which perpetuates power dynamics between givers and receivers without tackling root causes of injustice, to actively shift management and control of financial resources to the communities most harmed by wealth accumulation and the extractive economy.

Justice Funders has long urged philanthropy to take a transformative role in building a thriving and just world by redistributing wealth, democratizing power, and shifting economic control to communities. In Resonance: A Framework for Philanthropic Transformation, Justice Funders and the Resonance Collaborative, a group of movement and philanthropic leaders, assert the following:

Until recently, social change philanthropy—at its best—was still based on the premise that through incremental steps, power could be built and shifted to move our society towards equity and justice. At this point in history, incremental approaches have no reasonable chance of addressing the scale of crisis we face. Only transformational approaches rooted in strategies with the potential to advance exponential change can put us on a path towards justice and liberation. Philanthropy is a key sector in our society where we can choose to redeploy resources boldly and dramatically in service of a future where all of us can thrive.

Regardless of the laws and regulations governing philanthropy, individual organizations can deploy their resources more cooperatively, restoratively, and regeneratively. Here are some ways to begin.

1. Transform our underlying approach to philanthropy by centering justice in how grantmaking is done and what is funded.

Philanthropy must certainly fund the immediate work of ameliorating the disproportionate negative impacts of COVID-19 on the most marginalized communities—particularly those who have historically suffered from racial and economic injustices. Just as urgently, we need to channel our resources to support grassroots social justice movements that are organizing in communities of color, Indigenous communities, and low-income communities for long-term structural change to transform the conditions that allow racial and economic injustices to persist.

As Michelle Mascarenhas-Swan of Movement Generation says, “We can’t stop organizing in our neighborhoods and communities when this shock/crisis subsides. We must stay organized in order to codify the positive cultural shifts we make in these moments. By codify we mean, pass laws and policies (rewrite the rules) to make permanent the social gains won in the midst of this crisis. Permanent no-eviction clauses. Permanent debt freezes. Permanent paid sick leave. And so on. New rules that make it easier to create, expand, protect, and defend what we know we all need to lead dignified lives. Rules that codify sharing and caring over profit and hoarding. Everyday. Not just in crisis.”

Philanthropies can also center justice by moving resources quickly to where they are needed most. MRG Foundation, which supports Oregon communities as they build collective power to change the world, decided to liquidate 30 percent of its assets to deploy rapid response funds to the most vulnerable to meet the triple threat of the COVID-19 crisis, recognizing that “the virus itself; the lost wages, missed meals, and lost jobs and housing during social distancing; and the economic downturn during and after the outbreak—will hit the communities that social justice organizations serve first and hardest.”

Similarly, North Star Fund, which brings together New Yorkers who care about social justice to combine their resources—money, skills and networks—to fund locally grown movements for change, is using its operating reserve to distribute emergency grants of up to $10,000 to all 75 of their current grantees. They also have suspended their usual grantmaking cycle to give automatic renewals to all grantees. All grants are structured as general operating grants with no reporting requirements.

In both instances, these funders are going above and beyond basic reductions to cumbersome grant processes by increasing their payout to move considerable resources to the very communities impacted by the extractive economy and doing so in a way that supports resilience.

2. Transform our underlying approach to investments by transferring assets out of speculative market economies (including public traded companies) and into community-based, movement-led enterprises and loan funds that build sustainable wealth in local economies.

If philanthropic institutions are committed to advancing social and economic justice, they must do so not only with their grantmaking (which represents less than five percent of their assets) but also with how their endowments are invested. This means breaking away from the rules of conventional finance, which prioritize profits first over everything else.

Most foundations have their endowments invested in extractive industries—such as fossil fuels, private prisons, and speculative real estate—that exacerbate the very problems their grant partners are attempting to solve. Instead, endowments can be invested in local and regional efforts that replenish community wealth and build community assets, like worker cooperatives and community land trusts, in ways that emphasize transformative impact while rejecting the need to maximize financial returns for the foundation.

Seed Commons is a network of locally rooted loan funds which share capital and other resources to support local cooperative businesses that are leading the way in building a just, democratic and regenerative economy. One of its core principles is non-extraction, defined as “the returns to the lender not ever exceeding the wealth created by the borrower using the capital.” Loans are provided to workers and businesses that are excluded from—and even exploited by—conventional finance. Collateral is not required, and borrowers are expected to pay back their loans only when the enterprise succeeds. A core value of non-extractive finance is that loans should leave businesses better off, not worse, than when they started.

In response to the economic havoc being wrecked on local economies by the COVID-19 pandemic, the Mary Reynolds Babcock Foundation announced last week a series of steps, including eliminating interest on program-related investments (PRIs) to free up cash for borrowers; converting 20 percent of their investments in community development financial institutions (CDFIs)—institutions dedicated to lending to low-income communities—into grants to provide operating support and strengthen their balance sheets; and extending the maturity of any PRIs due in 2020 by a year.

Another example comes from Swift Foundation, which aims to invest its endowment based on the same values as its grantmaking. Their endowment is split into two portfolios. One is the $50 million market rate Core Portfolio that maintains their grant budget and staff, and it does not grow. The other is a $10 million Transitional Investment Portfolio that backs social impact funds, social entrepreneurs, and startup businesses. Through their investments, they aim to realize “a Just Transition from our broken and extractive economy to one that returns capital to communities and the earth, recognizes the assets of communities, and is in right relationship with people and the land.”

These lenders and funders are finding ways to begin repairing the harm that wealth accumulation has caused. Increasingly, we are seeing more funds with policies to no longer accumulate additional wealth. We are encouraged by and look forward to seeing more philanthropies deploy 100 percent of their assets to achieve justice and liberation for people who have been the most impacted by the extractive economy.

In the third installment of the Matrix series, it becomes more evident that a virus, represented by the character Smith, is quickly multiplying to infect the human world. The viruses of our world—white supremacy, capitalism, and colonialism—have infected our core operating systems, and acute conditions like COVID-19 make these more apparent.

We are now at a critical moment for our climate, economy, public health, safety, and education. Do we do as Congress has done, and double-down on a program full of bugs that puts profit over people? Or do we put our collective resources into actualizing a new world that honors the sacredness of our natural resources and recognizes the inalienable rights of all?

Colleagues in philanthropy, this is our “Matrix” moment…what will you choose?

This article is based on an earlier blog published by Justice Funders and is dedicated to Ariel Brooks for calling philanthropy into a solidarity economy, to Bernice Julie Shaw who asked me to help change the story of philanthropy, and to Taj James who always encourages Morpheus-sized leaps. With thanks to Maria Nakae for content and editorial support.

Dana Kawaoka-Chen is a facilitator, funder organizer, and resource mobilizer for social justice movements working to advance a Just Transition. She serves as executive director of Justice Funders, a partner and guide for philanthropy in reimagining practices that advance a thriving and just world. 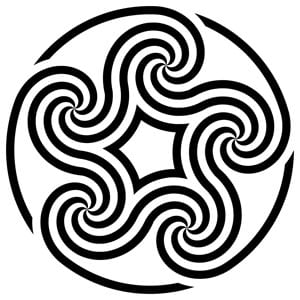 5 Lessons to Guide the Transition to a More Just...