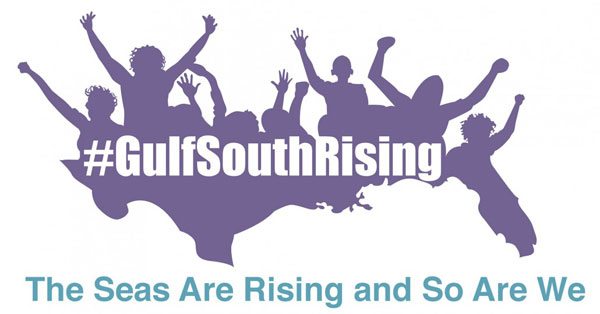 “Philanthropy can take words and use them so much that they become meaningless,” remarks Rev. Mac Legerton, executive director of the Center for Community Action, based in Eastern North Carolina, in a report from the National Committee for Responsive Philanthropy (NCRP).

The NCRP report, authored by Ryan Schlegel and Stephanie Peng, is the third in an expected series of five reports called As the South Grows. This installment is titled “Weathering the Storm.” Legerton’s complaint is that the term “resilience” is being watered down by overuse.

Still, despite any cynicism about the word, Legerton is adamant about the importance of resilience. The threat of climate change in eastern North Carolina, a region where hurricanes frequently make landfall (such as with Hurricane Matthew in 2016) is very real. Legerton adds that his center, founded 37 years ago, “was started on not just the hope but on the fact that our communities are resilient. They have great potential and have gone through so many various forms of disaster and have survived through it.”

NCRP’s main messages are clear. They include key principles like investing for the long haul (or, in the report’s language, having “skin in the game”), understanding the importance of communities’ relationship to the land, and looking to intermediaries as key partners. The report also identifies some basic mistakes to avoid, such as targeting already well-resourced environmental groups, ignoring existing infrastructure, and displacing rather than buttressing the leadership of grantees.

More broadly, NCRP is calling for a different lens to be placed on philanthropy—one that takes on the challenge of promoting social justice in the South directly and does not shy away from challenging entrenched interests. Alas, as Schlegel and Peng write, “Between 2010 and 2014, foundation support for communities in Eastern North Carolina and Southern Louisiana did not meet the challenge presented by environmental threats, nor did it capitalize on the opportunities for long-term structural change that are growing at the grassroots in these two regions.”

Schlegel and Peng note that grants for community organizing, advocacy, and policy change work combined were only four percent of total foundation grants to Eastern North Carolina nonprofits in the first half of the decade. In southeast Louisiana, other than New Orleans, the percentage was even lower—0.3 percent. In short, strategies to address the obvious inequalities of power in Southern communities are barely on the map, let alone the agenda, of Southern philanthropy.

To give a hint of what change might look like, the report highlights three foundation efforts, an intermediary and three community groups. The focus here will be on the three community groups and the intermediary. Two of these—the Center for Community Action and the North Carolina Economic Justice Network—are from eastern North Carolina. The third group, The Conservation Fund, operates nationally as an intermediary, but with an active state office in North Carolina. The fourth group, Gulf South Rising, is not a formal organization but rather a coalition that operated throughout the South, including from southeast Louisiana, from the time of Katrina until 2015 and out of which grew a loan fund that operates to this day.

The Center for Community Action (CCA), for instance, is a 37-year-old “multiracial grassroots social justice organizations…situated in one of the poorest and most racially diverse rural counties and regions in the nation.” Founded in church basements, CCA “was tri-racial in its staff in the beginning because at that time [the community] was almost exactly one-third Native American, one-third African American and one-third Caucasian. So, the staff started that way, too.” According to cofounder Donna Chavez, the group had “one salary, and we divided it three ways.” CCA has been active to helping residents recover from 2016’s Hurricane Matthew, as well as advocating to block “rezoning plans that would level historic Black communities to make way for parkland and recreational areas.”

Neema Muhammed, Organizing Co-Director at the North Carolina Environmental Justice Network (NCJEN), notes that her nonprofit has, as Schlegel and Peng write, “grown out of a people-of-color led movement in North Carolina to emphasize the disparate impacts of environmental challenges in Black, Native and [Latinx] communities.”

Muhammed indicates that their work has been met with considerable resistance. “Businesses and government [representatives] really don’t see the need to work with communities. So, they don’t necessarily come to the table to take part in a working relationship to resolve these issues.”

Muhammed adds that, “industry has government so deep in their pockets, so we can’t get much help from government either even though the examples [of harm] have been made very clear … That’s the source of the problem; it’s the industry’s money. And it’s spread so far and wide in North Carolina that it just outweighs almost anything that you could try to do. But we haven’t given up and that’s the key.”

Schlegel and Peng point out that, “The modern environmental justice movement—with its focus on disparately impacted communities and on the power-building necessary in those communities to achieve lasting impact—has some of its deepest roots in the South.” In fact,” Schlegel and Peng add, “scholars of the movement’s history locate its origins in Eastern North Carolina. Schlegel and Peng detail that the precipitating event involved a case where:

The state of North Carolina proposed a toxic waste disposal landfill in the county, which was 75 percent Black and ranked 97th out of North Carolina’s 100 counties by GDP. Residents organized, deployed tactics and rhetoric learned in the Civil Rights Movement, and successfully halted the state’s plans. The systemic pollution and exploitation of poor communities and communities of color gained national attention, and the modern environmental justice movement was born.

Groups like NCJEN and CCA are among the “direct heirs of that pioneering work,” write Schlegel and Peng. But, most environmental resources go to larger, so-called “Big Green” groups. According to Muhammed, “the groups that are on the ground—the ones that are down in the trenches—we get the crumbs of the table.”

Despite these challenges, one group that funds environmental justice groups in the South is The Conservation Fund. Schlegel and Peng label the Fund a “high-impact intermediary organization” because of its ability to leverage expertise and “deep relationships with grassroots organizers to drive more resources to those groups ‘down in the trenches.’”

Mikki Sager directs The Conservation Fund’s Resourceful Communities program in North Carolina. For Sager, key to the Fund’s role is to invest in capacity and build, as Schlegel and Peng put it, a “resilient grassroots nonprofit infrastructure to mirror the resilient communities necessary to meet the climate change challenge.” One key strategy that Sager has identified is helping communities hold title to land. Sager explains:

At the grassroots, people understand the power and the possibilities in owning and controlling land and economies. What we have done and are doing is leveraging conservation tools to increase land ownership by low-income households, communities of color and tribal communities. We are also supporting community economic development, small business development, community-led health programs, food sovereignty and helping rural and Native communities advance family income equality.

“There are these very fundamental environmental issues particularly around land and water in the rural South,” Sager says. “Part of the reason poor rural communities in the South are going to be more disproportionately impacted [by climate change] is because, historically, society relegated poor people and people of color to the flood plain.”

Sager’s group makes small grants; a typical one is $15,000. “Communities,” Sager says, “have been able to leverage an average of $12 to $16 for every $1 we invest through small grants.” For example, “After three years and $20,000 total in grants…and support from the University of North Carolina’s American Indian center, the Coharie Tribe recently secured a $250,000 contract from the North Carolina Department of Agriculture to continue the work with the potential for developing it into a workforce training program.”

Colette Pichon Battle had yet another vantage point, that of a coalition builder. Battle now is executive director of the US Human Rights Network, but for years served as director of Gulf South Rising, based in southeast Louisiana. Gulf South Rising, write Schlegel and Peng, was “a regional movement created to spotlight the disparate impacts of climate change along the Gulf Coast. Among other accomplishments,” Schlegel and Peng note, the group “built on the leadership already present in communities most affected by climate change in the Gulf Coast region and created new leaders, shifted the regional narrative among grassroots organizations from climate resilience to resisting unjust systems that support environmental injustice and established a community-controlled grantmaking fund that continues today.” In 2015, the group issued its final report, designed to coincide with the tenth anniversary of Hurricane Katrina.

The National Center for Responsive Philanthropy is focused on advising foundations, so it is not surprising that its recommendations tilt toward funder groups. These include:

Equally insightful are the recommendations of Mikki Sager, who focused on what intermediary groups can do. Sager’s recommendations, quoted at length in the report, are:

And at the end, land ownership remains critical. Sager notes that 91 percent of persistently poor rural counties are in the “South and Appalachia, the rest of them are in the Southwest and in Indian Country, all places where people lost control or ownership of land. … Landownership is key to building power, to strong economies and to resilience.”

What is needed, Schlegel and Peng note, is a “strategy to build the power of grassroots organizations that truly represent the communities they serve to challenge this entrenched status quo.” By addressing the land ownership and power shortfalls, poor people and people of color in the South, Schlegel and Peng say, will have developed the foundation necessary to “remain resilient in the face of ongoing climate crises—culturally, socially, economically and politically.”

Remaking the Economy: Social Housing—A Path to Housing for...