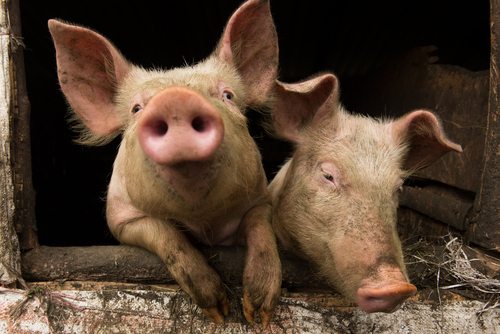 NPQ has written repeatedly that it is important in this sector for nonprofits to hold one another’s feet to the fire. In this case, one nonprofit has taken on another for what they see as an outmoded practice that is unnecessarily cruel.

The Physician’s Committee for Responsible Medicine, an association of 10,000 physicians, yesterday offered $25,000 to the University of Mississippi Medical Center to transition from the use of live pigs in its physiology course to superior human-relevant training devices. At the same time, they contacted Gov. Phil Bryant to express their opposition to continued training on pigs on the basis that it is potentially harmful to future Mississippi patients.

“By using live pigs in physiology training, the University of Mississippi lags behind 98 percent of other U.S. medical schools that use human-relevant training methods,” says John Pippin, M.D., F.A.C.C., Physicians Committee director of academic affairs. “Of the 32 U.S. medical schools opened since 1979, not one has used animals for medical student education. In order to treat future patients effectively, students need to learn using state-of-the-art technology that actually models human physiology.”

The use of the pigs is scheduled for a physiology course to be offered between January 7th and March 4, 2014. The coursework will apparently involve “cutting into live pigs and performing cardiovascular physiology procedures. Students place catheters in the arteries and veins of the pigs, block the animals’ arteries, and inject them with drugs. Students then open the pigs’ chest cavities and manipulate their hearts. Many animals will die during the procedures, and those who survive will be killed.”

The Physicians Committee filed a legal complaint in 2011, calling on the Hinds County attorney’s office to halt UMMC’s live animal lab because it violates Mississippi’s animal cruelty law. It has also run a series of advertisements in local newspapers and produced a mobile billboard targeting UMMC outside a large medical conference.

We wonder whether the school is likely to take them up on the offer.—Ruth McCambridge