Picking a New CEO for Independent Sector: What Really Matters? 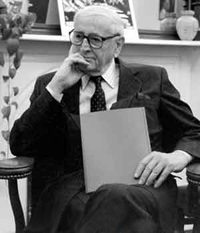 The unannounced candidates are numerous. It isn’t clear whether they have formed exploratory committees or named the leaders of their campaigns. Neither the Federal Election Commission nor any other body has intervened to get the candidates to formalize their campaigns and disclose their finances.

Yes, it is the effort to find a replacement for Diana Aviv as head of Independent Sector. She is leaving in October to take the helm of Feeding America, a challenge that will require as much from Aviv as Independent Sector ever did.

But to replace Aviv, who fits the bill? Alex Daniels reports for the Chronicle of Philanthropy with a number of potential candidates who may fit some aspect of the bill to run the national association that was originally led by the civic visionary John Gardner. The question is not just who can fill Aviv’s shoes, but Gardner’s. (For those who might not remember, Gardner was LBJ’s Secretary of Health, Education, and Welfare, an architect of the Great Society programs, and a lifetime advocate for social action through the nonprofit sector.)

The Daniels list includes the following people, all suggested by interviewees who chose to speak off the record:

Daniels reported that Denton blew off the IS idea with a jest that he would rather be named to head Major League Baseball, and Harold and Buchanan both said that they weren’t leaving their current positions, but like political candidates who start off with reluctant public statements, no one should be automatically ruled in or out.

It’s a fun game to suggest dream or nightmare candidates for the job. We had been threatening friends and associations with starting rumors for their candidacies, but the Daniels list raises substantive, serious questions about the future direction that Independent Sector might or should take in a post-Aviv environment.

Now, go back to the description of Gardner earlier in this newswire, think about the issues of our times and the role of the civil sector, and tell us, dear NPQ readers, what you think a new Independent Sector leader should bring to the table, and who that person should be. —Rick Cohen