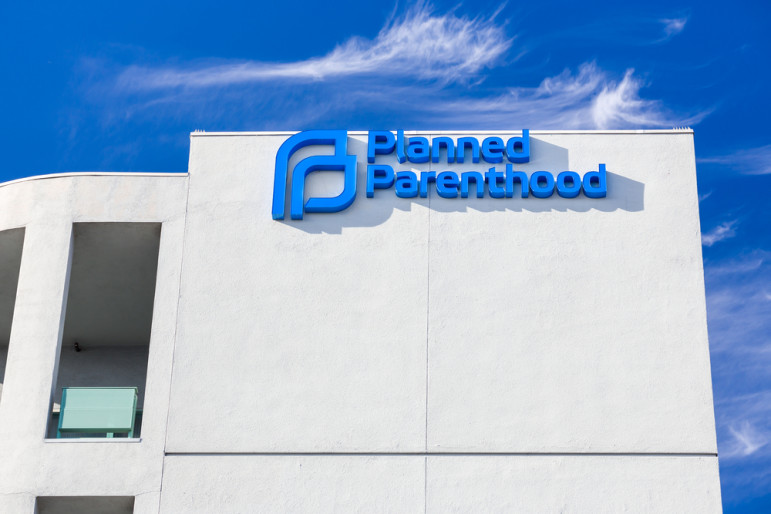 But what’s a relatively small investment from a nonprofit group really likely to do, you might ask. Well, if the last presidential-year elections are any indication, a lot! NPQ covered the story in 2012 when, as we wrote then:

“As a comparison, the largest spender listed was American Crossroads, Karl Rove’s super PAC, which spent almost $105 million and achieved a 1.29 percent success rate. Crossroads Grassroots Policy Strategies, a nonprofit social welfare organization also affiliated with Rove, spent at least another $70.7 million (although it is listed as $130 million elsewhere on the Sunlight site). Crossroads GPS is listed as having a success rate of 14.4 percent. The Sunlight Foundation figured the ROI based on ‘how much of their money went to support candidates who won and to oppose candidates who lost in the general election campaign.’ Their figures do not include expenditures for primaries or special elections. It also did not list groups that were active in only one election.

“The Planned Parenthood success, according to this article, was based on two things: using former Massachusetts Gov. Mitt Romney’s own words against him, and employing algorithms to identify one million female voters, largely in swing states, who would be especially receptive. We would add a third: the existing constituency of women across this country that is already attached to the real value proposition of accessible reproductive services to communities. Those potentially receptive women were made all the more so through the statements of certain Republicans. Anna Greenberg of Greenberg Quinlan Rosner Research tracked the Internet response when such statements were made, as you can see in this graphic: 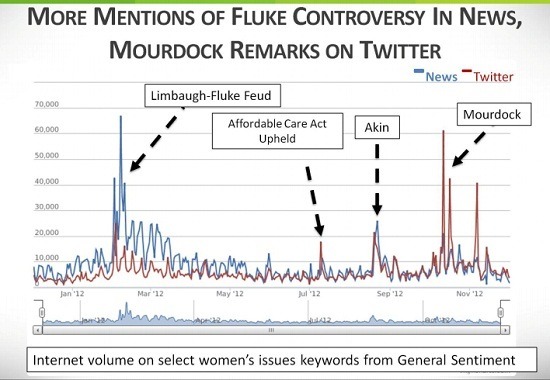 “Overall, campaigns and outside groups reportedly spent $39 million on abortion-related ads this election cycle but the Democrats ran six times as many as Republicans and while Republican ads on abortion ran mostly during the primaries, Democrats aired theirs as the general election neared, suggesting that there was some understanding of a changing tide.

“That Planned Parenthood would have had a savvy political strategy in place is not a surprise, particularly since Planned Parenthood’s Cecile Richards is the daughter of the late Ann Richards, the former governor of Texas.”

This coming season is unlikely to be any less fraught in terms of the abortion debate, but we assume that Planned Parenthood will be no less ready for it than last time.—Ruth McCambridge