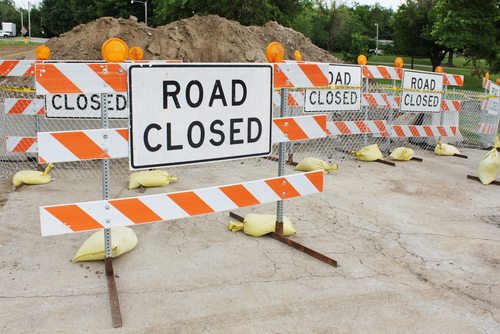 It is the calling card of the far-right wing of Congress. Once again, some Congressional Republicans are threatening a government shutdown—this time over the combined dynamics of the sequester and the Affordable Care Act. Republicans such as Florida senator Marco Rubio are contending that voting for a budget that provides the funding for “ObamaCare” is tantamount to supporting the program. If Republicans are serious about their opposition to the national health insurance reform, Rubio and others say, they cannot vote for a budget that makes the ACA operational. Republicans appear to also hold to a position of no variation from the sequestration-mandated federal budget level of $967 billion for FY2014, while Democrats appear to favor a continuation of a federal budget consistent with the first year’s cap of $988 billion.

Several prominent Republicans and conservatives have described the threat to shut down the government over ObamaCare as exceptionally stupid politics. Senator Richard Burr (R-NC) called the shutdown threat over the ACA “the dumbest idea I’ve ever heard,” explaining that “at some point, you’re going to open the federal government back up, and Barack Obama’s going to be president, and he won’t have signed a dissolution of the Affordable Care Act.” Television pundit Charles Krauthammer on Fox News agreed:

“Never issue a threat you’re not prepared to, in the end, honor and deliver on, and if the Republicans imagine they’re going to either stop the funding of the government or refuse the raising of the debt ceiling, they’re out of their minds. It would be a catastrophe in the end. All the president has to do is wait and they’re going to cave. This happened on January the 1st of this year. It happened with the debt ceiling; we know the end game. Why would you threaten something and demand in return something you know the president will never do? It’s his signature legislation; it would be repudiation of his entire first term. The only alternative is to go over a cliff; it is really dumb.”

Democrats are likely to push for funding of elements of national health insurance reform, else the program stumbles in its first full year of implementation (2014), but will Democrats fight equally hard to reverse the sequestration that is heading into its second year of implementation? It is hard to say. Democrats have been very responsive to concerns about sequestration’s impact on FTC air traffic controllers and USDA meat inspectors, but a frontal assault on the damage that sequestration has caused to the federal safety net doesn’t appear in the offing.

Unlike federal agencies, nonprofits have a limited number of tools they can use to navigate past the sequestration. In Yonkers, New York, the Westchester Community Opportunity Program closed the Whitney Young Head Start center in mid-July as a means of coping with an $800,000 cut in WestCOP’s $13 million budget for early childhood centers. For children of people in the armed forces living on military bases, the sequester will compel a reduction of five days of instruction for the 200 or so schools on bases run by the Department of Defense in September, due to scheduled furloughs of teachers and principals. Due to the first year of the sequester, federal public defenders are taking off 15 days without pay due, and a second year of the sequestration cuts will leave the public defenders program “on the verge of being crippled,” according to Michael S. Nachmanoff, Federal Public Defender for the Eastern District of Virginia.

Republicans are, according to some, prepared to be dumb in trying to shut down the government over Obamacare and the sequester. Even if they do shut it down for a day, a week, or even longer until Congress and the White House agree to a continuing resolution, Republicans will eventually be compelled to accede to a budget. According to Rep. Tom Cole (R-OK), “Shutting down the government, I think, that’s almost never a good tactic.…It wasn’t good for us in 1995. It’s not going to be good for us in 2013.”

But what will the Democrats and the White House give up in order to get a deal with their Republican opponents? Republicans are open to changing the sequester, but for the military. Will Democrats give up on changing the terms of the domestic spending sequester, which in year two will undermine critical social safety net programs, in order to get funding for the implementation of the ACA, or will they also put some political effort behind reversing the course of the sequestration meat axe?—Rick Cohen