Political Ties and Lack of Oversight Enabled This Nonprofit’s Mismanagement 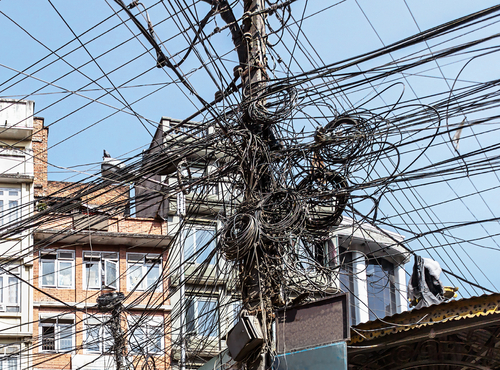 In September of this year, Community Action of Minneapolis closed its doors as years of mismanagement were revealed in an audit by the Minnesota Department of Human Services. According to the audit, Community Action CEO Bill Davis mismanaged funds resulting in the loss of $226,679 in unallowable employee and executive travel expenses, including airfare to the Bahamas, food and alcohol costs, spa and golf fees as well as pay bonuses. The organization also overcharged state and federal grant programs for administrative costs by over $600,000 under Davis’s leadership. Meanwhile, government funds meant to assist low-income individuals in paying heating bills were being channeled to those not eligible to receive funds.

Yet the audit should not have triggered the closure of Community Action of Minneapolis—government ties should have been severed years before. But Minnesota Commerce Commissioner Mike Rothman’s ties to Davis shielded the organization’s malpractice from loss of government contracts. Commerce staffers raising the alarm in 2011 as to Davis’s questionable business practices were told that ending such contracts would result in “political ramifications…greater than staff would understand.” At that point, Davis had already misspent over $1 million from energy assistance funds. Because Davis had connections with Rothman, the DFL party, Governor Mark Dayton, and other powerful Democratic politicians, state officials looked the other way when concerns on spending were brought up.

While the state Office of the Legislative Auditor did not find evidence of fraud or criminal activity, misused funds have forced Community Action to return government money in the past. In 2011, $100,000 was returned to the government and $292,935 in unused credits were returned from energy companies. Investigations are now taking place to recover any misused state funds still available.

But while the state may recover some of these funds, employees must cut their losses as a result of the scandal. The closure of Community Action caused 41 people to lose their jobs, including some who attempted to sound the alarm. According to former employee Fredda Scobey, “On a number of occasions, employees went to board members to tell them what was going on. What happened is the board members when to Bill Davis and the employee was punished or gotten rid of.” Community Action’s mismanagement continued for years as a result of this unchecked power from administration with a failure of both state officials and the organization’s board to intervene.

This lack of oversight has no place in nonprofit organizations, whether funded through government contracts or through the private sector. As NPQ’s Rick Cohen recently covered in light of the CIA’s torture report, nonprofit organizations must uphold values of integrity in their operations without lying to the government and fighting against internal and external watchdogs. Leaders in the nonprofit sector have added responsibility to ensure that they and their organizations uphold these standards. Those who do not must be removed from their positions else the sector as a whole will lose credibility and overall impact will be crippled.—Michele Bittner