Politics and the Uses and Abuses of Nonprofits 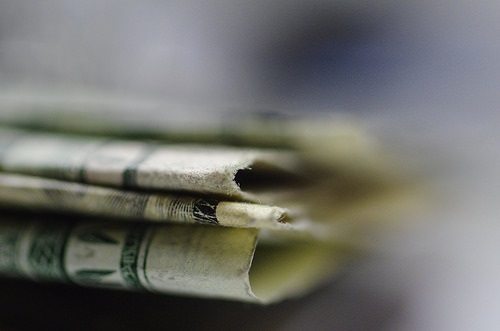 When Melanie Sloan announced that she was leaving Citizens for Responsibility and Ethics in Washington, the watchdog organization she founded and led for the last dozen years, the fear was that a critically important defender of American democracy was passing from the scene. Fortunately, Sloan is moving on to a role of advising nonprofits on crisis communications. In this interview with Nonprofit Quarterly, Sloan reminds us that much of what can and should be done to protect democracy is in the hands of the leadership of the nonprofit sector—and will be harmed by our silence and complacency.

Last month, such secular nonprofits as Public Citizen and the Center for American Progress joined with religious nonprofits like the Evangelical Council for Financial Accountability and the Alliance Defending Freedom to call on the Internal Revenue Services to issue guidelines giving greater clarity to what nonprofits and religious groups can do or not do in the realm of political activity. The Center for Public Integrity issued a report noting how many political committees organized as 501(c)(4)s or 527s, including those of Rev. Al Sharpton, Newt Gingrich, and Herman Cain as well as PACs such as Combat Veterans for Congress, Strength and Liberty, and others, owe the IRS substantial sums of money in penalties, back taxes, and other debts. However, the IRS seems unable get itself into gear to collect.

And in the wake of the never-ending saga of former IRS tax-exempt division director Lois Lerner, Senators Jeff Flake (R-AZ) and Pat Roberts (R-KS) introduced the Stop Targeting of Political Beliefs by the IRS Act of 2015, S. 283, with identical companion legislation introduced in the House of Representatives sponsored by Rep. Paul Ryan (R-WI) and Pete Roskam (R-IL). The bill erects a brick wall against the IRS’s efforts to clarify the definitions of political activity for 501(c)(4) social welfare organizations, essentially prohibiting the IRS from issuing any new rules and regulations during the remaining days of the Obama administration that would clarify or restrict the definition of “social welfare” for 501(c)(4)s. If passed, the legislation would be enforced through February 2017, when a new administration takes office—a none-too-subtle challenge to the purported bias of the current administration, even though, for whatever allegedly did or didn’t happen, there is no evidence that the Lerner “scandal” reached into the White House.

These issues are part of the backdrop to the departure of Melanie Sloan from Citizens for Responsibility and Ethics in Washington (CREW), a critically important watchdog organization focused on politicians playing fast and loose with ethical issues—and for news outlets, including NPQ itself, on politicians using, misusing, and abusing nonprofits. After the Sloan announcement, concerns were raised in several quarters about whether the shake-up at CREW, with Sloan’s departure as a consequence of the accession of David Brock, founder of Media Matters for America and the Super PAC American Bridge, would make the organization more susceptible to charges that it was not bipartisan in its watchdog functions concerning PACs, 501(c)(4)s, and even 501(c)(3) public charities that were somehow linked to or affiliated with politicians. For us at NPQ, the departure of Sloan meant that the insights and analysis of the individual we saw as “refreshingly nonpartisan [and] willing to call out Democrats as well as Republicans on issues of corruption” might be lost to the nonprofit sector.

Sloan isn’t totally gone from CREW, however; she retains a connection to the watchdog organization in an “of counsel” position while she embarks on a new stage in her career, creating a new public relations firm with ProgressNow’s Michael Huttner called Triumph Strategy, with offices in Washington, D.C., and Boulder, Colorado. Despite the changes at CREW announced last August, Sloan still gets cited frequently. For example, she recently spoke on behalf of CREW regarding the complaint that the Federal Election Commission filed last month, four years after a CREW complaint, alleging that former Republican Senatorial candidate Christine O’Donnell used campaign donations for her personal rent and utility costs. (O’Donnell called the complaint “intimidation and bullying,” Sloan called O’Donnell “an otherwise jobless scam artist who fleeced donors to support herself,” and Bloomberg wittily asked whether the complaint about the purported Wiccan was a “Witch Hunt or Real Violation?”)

Sloan’s history at CREW includes paying close attention to how politicians mucked around with nonprofits—and why donors were willing to play along. For example, Sloan was active in the early 2000s in a critique of the DeLay Foundation for Kids, the charity established by then-Majority Leader Tom DeLay (R-TX) that was scarfing up donations from corporate and other interests, including grants from the Bill & Melinda Gates Foundation (after then–foundation COO, now-HHS Secretary Sylvia Mathews, met with DeLay), Exxon Mobil, the Michael & Susan Dell Foundation, AT&T, and Corrections Corporation of America—just to name a few. At that time, Sloan told the New York Times, “Having a good relationship with DeLay depends not just on funding his campaign committees and his political action committees, but also his pet causes.” As she pointed out to NPQ this month, once DeLay was no longer majority leader, his foundation for foster children ceased to exist as well. “T