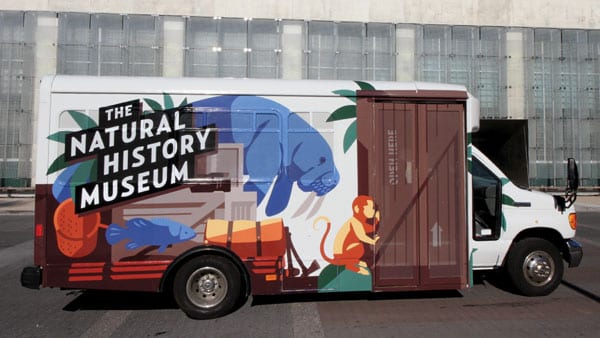 Since 2002, the House of Tears Carvers of the Lummi Nation in northwest Washington have been advocating to protect water, air, and land from natural and anthropogenic forces by leveraging their traditional art form of carving totem poles. These sometimes massive works of art are then sent on “totem pole journeys” across North America to “raise awareness, build alliances, and unite communities around areas of concern,” as explained by Last Real Indians and highlighted in this brief YouTube video. The totem poles are part of ongoing efforts by Native American tribes to apply sovereignty and treaty rights—along with storytelling and art—to protect the environment.

For the last six years, the new totem poles have focused on issues relating to the fossil fuel industry. The newest carving emphasizes risks to the Salish Sea (off northwest Washington and southwest British Columbia) and its dwindling population of orcas, or killer whales, if proposed industry initiatives are not stopped. This month, the new totem of a whale will take its place in a traveling exhibition opening at the Florida Museum of Natural History in Gainesville. The exhibition, titled Whale People: Protectors of the Sea, “narrates the plight of the orcas from an Indigenous perspective.” The exhibition was created by Lummi Nation and a nonprofit pop-up museum called The Natural History Museum. This nonprofit, established in 2014, has several Native American leaders on its Advisory Board and the work of the organization is described on its website in this way:

The mission of The Natural History Museum is to affirm the truth of science. By looking at the presentation of natural history, the museum demonstrates principles fundamental to scientific inquiry, principles such as the commonality of knowledge and the unavoidability of the unknown. The Museum inquires into what we see, how we see, and what remains excluded from our seeing. It invites visitors to take the perspective of museum anthropologists attuned to the social and political forces inseparable from the natural world.

The Natural History Museum is not a brick-and-mortar operation. Its exhibitions are developed in collaboration with Indigenous communities and presented in established mainstream museums. The other museums seem to welcome the exhibitions, even if they might not have tackled such complex climate justice topics on their own. The advocacy efforts of the Natural History Museum have had some impressive results. Working with 150 top scientists and Nobel Laureates, the nonprofit issued a letter urging museums to cut all ties with fossil fuel interests. To date, nine museums have done so, and the initiative contributed to the resignation of climate-change denier (but big contributor) David Koch from the board of New York’s American Museum of Natural History.

Through its work, the Natural History Museum also appears to be building bridges with institutions that have historically often had poor reputations within Native communities. As described in the Last Real Indians article:

Born from a history of plunder, natural history museums in North America are slowly rebuilding relations with Native communities. For decades, Native activists have placed demands on these institutions, making real gains in the process: from the repatriation of human remains and sacred objects to the affirmation that Native Peoples should have authority over the representation of their cultural traditions and histories.

In addition to their overall commitment to environmental causes, the Whale People exhibition has particular resonance for its creators. In the Lummi tradition, orcas are considered as kin. The Lummi phrase for killer whale is “qw’e lh’ol mechen,” which translates as “our people that live under the sea.” The Salish Sea orcas are very much at risk, as are their waters:

So back to the totem pole journeys, where we began. Lummi Master Carver Jewell James explains that the totems themselves are not considered sacred. The whale totem, like others before it, has made many stops on its journey from Washington to Florida. Along the way, it has been used to educate people about environmental issues, and especially the threats to the Salish Sea and its whales. Those who have turned out to see the totem have been invited to touch it. And once the exhibition opens in Florida, museums visitors will be invited to do the same. As James explains, “It is only when the totem is touched and shared by many communities standing together that the totem becomes a lasting part of our memories and a symbol of our resistance.”—Eileen Cunniffe