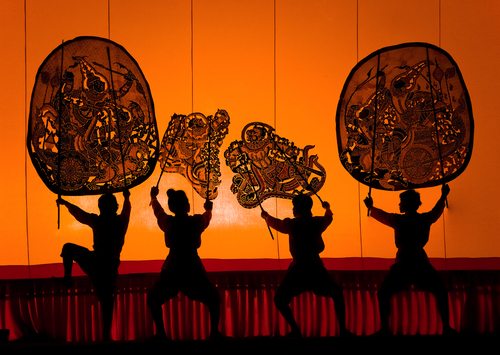 On the heels of the Giving USA finding that arts and culture was America’s fastest-growing philanthropic cause in 2012, Americans for the Arts (AFTA) has reported an uptick in business support for the sector. The latest edition of Giving USA cites an estimated 7.8 percent increase in arts and culture funding to $14.44 billion in 2012, compared with 2011. This exceeds the pre-recession peak of $13.7 billion in 2007 (not adjusting for inflation). AFTA’s BCA National Survey of Business Support for the Arts reports an increase of 18 percent in business giving to the cultural sector from 2009 to 2012, after downward trends in 2006 and 2009.

The BCA Report 2013 is based on a survey of 600 businesses, ranging in size from less than $1 million to more than $50 million. While the recent resurgence in arts funding by businesses was led by the largest companies, more than 80 percent of contributions reported came from small and mid-sized businesses.

So things are clearly looking up in the world of nonprofit arts and culture, right?

While both reports offer welcome relief, there’s a long way to go in generating continued investment in the arts. The BCA survey demonstrates that business support for the arts has rebounded to “near 2006 levels,” leaving plenty of lost ground to be made up. And as Mike Boehm noted in the Los Angeles Times following the release of Giving USA, a peek behind the curtain of data showing increased support for the cultural sector suggests that many donors still don’t see the arts as essential to society, which is why their gifts went elsewhere during the peak years of the recession.

When BCA survey respondents who don’t currently support the arts were asked “why not?” on an unprompted basis, the top reason mentioned was budget constraints. But many also cited a belief that social causes such as education, healthcare, or youth programs were more important.

“Nice to have” is a label the nonprofit arts and culture sector simply can’t afford to carry, and certainly doesn’t deserve. But this perception may help explain why, in the face of mountains of research demonstrating the positive impact of arts education, school districts around the country continue to slash arts programs to balance their budgets. Which makes the nonprofit arts sector—especially those organizations dedicated to delivering arts programs for youth—more essential than ever.

The BCA Report 2013 highlights four reasons cited by businesses for supporting the arts: improving quality of life in the community, helping create a vibrant community and society, improving academic performance for students, and offering education initiatives that benefit the community. It shows that businesses that support the arts are much better than those that do not at articulating benefits that fall into the category of enlightened self-interest, like stimulating creative thinking and problem solving, enhancing acceptance of diversity in the workplace, helping to recruit/retain employees and growing market share. Not surprisingly, those who “get it” are also far more likely to go beyond direct corporate contributions; for example, by promoting board service at cultural organizations, hosting arts events in the workplace, and/or having a corporate art collection.

AFTA has an ongoing campaign, the pARTnership Movement, aimed at advancing support for the arts among corporations and business professionals.

The challenge for fundraisers in the nonprofit cultural sector is to make a stronger case—not only with businesses, but also with government, foundations and individual donors—about the vital importance of the arts to the fabric of our society by underscoring the many ways arts and social causes intersect.—Eileen Cunniffe