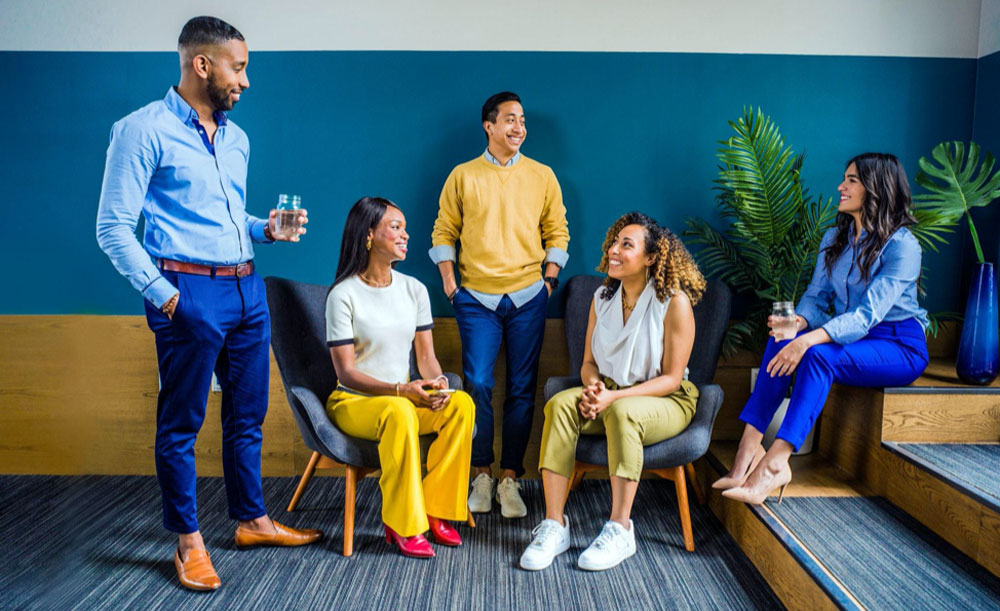 Research has shown that leaders of color are qualified and eager to take on leadership roles in this country. Yet in 2020, as Race to Lead: Confronting the Nonprofit Racial Leadership Gap has documented, the numbers are as dismal as ever, with fewer than 20 percent of nonprofit director positions being held by Blacks, Asian Americans, Latinxs, and Native Americans combined.

Equity has become a buzzword, but even though some organizations and foundations have begun to turn their attention and resources to these underutilized leaders, shifting widespread practice within the field remains elusive. If we are going to successfully create more leadership equity, we should begin with a discussion of how inequity is established and maintained.

Oppression and inequity are sustained and advanced through the control of systems (economic, educational, judicial, etc.) and ideas. The powerful—those in charge, those with authority and money—have always used their ideological power to shape thought and define what is normal, valuable, right, and wrong. And within a social order that is firmly rooted in the practices of nationalism, patriarchy, and white supremacy, it follows that the knowledge and leadership of the people who society considers marginal will be suppressed. Even organizations and individuals with the best intentions can and do replicate these patterns. Practicing equity starts when the ideas and strategies of marginalized people are elevated. Let’s consider some examples of this in two large non-profits.

Erica Clemmons Dean is the national organizing director at 9to5 and has a long history as a leader in Southern communities. She led a major effort to register Black, Latinx, and low-income voters in support of Stacey Abrams’ historic run for governor in Georgia in 2018. The challenger, Secretary of State Brian Kemp, was in charge of elections and kept his position while running his own campaign. Widespread voter suppression coincided with Kemp winning by a small margin.

When Clemmons Dean was offered a six-figure grant to do electoral work a few months later, she turned the money down, explaining that her community was devastated by the outcome. She argued that not only was morale low, but that asking people to register more voters shifted the focus away from the systemic problems and onto the community. Instead, she proposed an alternative approach and the funder agreed, consequently providing more resources for a comprehensive solution. Clemmons Dean’s leadership skills and perspective provided insight that saved the foundation money and ensured resources would be distributed in a strategic way. And most importantly, the community was not taken advantage of in the process.

There are two lessons I want to highlight here: one, that the vision and strategies of people of color can improve our organizational effectiveness, and two, that leaders can exercise ideological power for their community’s benefit. When marginalized people begin to gain and wield ideological power, they have the authority to produce knowledge and create meaning. Their ideas are prioritized, and organizational decisions are shaped by their views. Organizations that practice equity create space for these leaders who exist at the intersection of race, gender, and class oppression.

Leadership development of these individuals is crucial to creating comprehensive and equitable strategies. Yes, imagining solutions is the job of all of us, but if those with a unique perspective on the experience of gendered, racialized, and economic oppression are centered in the process, our vision for change will be less partial. When we are developing social justice leaders, we must prioritize those who have been and remain closest to injustice. By doing this, we tap into the oppositional consciousness of these leaders, making outcomes like Clemmons Dean’s the norm.

Oppositional consciousness is a way of thinking and being in which the individual possesses the ability to read the current situation of power and consciously creates strategies to navigate and reconfigure it while resisting its dysfunctions. Oppositional consciousness can be thought of as a technology that marginalized leaders develop and practice as they move through a world that is at times hostile to their ideas or even worse, blind to their existence.

There are three main things foundations, nonprofits, and grassroots organizations can do to effectively develop leaders who catalyze social change and fight to improve the material realities of oppressed people. One, they acknowledge the conditions in which marginalized people lead; two, they make space for and nurture oppositional consciousness at all levels of their institutions; and three, they provide opportunities to lift up the knowledge production of marginalized leaders.

A powerful example of this is the Black Mama’s Bail Out Campaign, led by SONG (Southerners on New Ground) in partnership with several other organizations throughout the country. SONG has been organizing in the South since 1993 and is known for its work across issues of race, class, gender, culture, and sexuality with LGBTQ communities and their allies. But in 2017, the group got behind a visionary campaign led by its codirector, Mary Hooks, that approached the prison-industrial complex in a new way: Why not raise money to bail out black women on Mother’s Day?

The cash bail system keeps tens of thousands of people locked away simply because they cannot afford to pay the fee. Hooks’ strategy tapped into the collective conviction that mothers should be with their children. The campaign created an opportunity for communities and everyday people to crowdsource liberation. Institutionally, the experience of freeing mamas in multiple states and jurisdictions provided organizers with a firsthand education of how oppression operates through the cash bail system across the US.

Equity starts with the power of ideas. It’s not enough to have people of color on staff or to hold meetings with low-income community members. Privileged people at all levels within movement have to start relinquishing their hold on shaping thought, determining strategy, and begin to make room for the ideological power of marginalized people. Foundations must continue to make investments in leadership development programs like Power 50 of Community Change, which Clemmons Dean participated in; the Women’s Fellowship of Community Change, for formerly incarcerated women; BOLD (Black Organizing for Leadership and Dignity), which Hooks attended; and The Lorde’s Werq, which Hooks now cofacilitates for queer leaders within the Southeast.

We must also take a look within our organizations and assess where we are stifling oppositional consciousness and knowledge creation by those who are too poor, foreign, uneducated, unmanicured, dark, pierced and tattooed, or otherwise outside of what we deem acceptably adjacent to dominant culture and capitalistic values. As we cede power and resources to those who are practicing oppositional ways of being and strategizing, we expand the likelihood for creating sustainable change. And we have a real possibility of accomplishing what we all want: to live in an equitable world.

Zuri C. Murphy is a principal at Social Insights Research, LLC. Zuri has over 15 years of experience in advancing social justice by professionally evaluating government programs and nonprofits, facilitating workshops and partnering with community agencies. She is an excellent communicator and is invested in organizational growth that prioritizes racial and gender equity. She opens up hard conversations and is an active participant in developing evaluation as an equity tool that centers those who are often silenced. Zuri is a licensed yoga teacher, licensed therapist (LMSW) and is currently earning her Ph.D. in Sociology from Georgia State University. She writes about and studies oppositional consciousness, women of color leadership, and social movements and is the managing editor of the academic journal, City and Community.