Not long ago, NPQ ran a story by Dr. Shirley Sherrod that spoke to the challenges that she and her Black Belt colleagues encountered in obtaining and maintaining land ownership. A recent article by Lizzie Presser, published in the New Yorker in partnership with ProPublica, explains how Black families have lost millions of acres of land over the past 100 years.

Of course, for Black families to lose land, they first had to buy it. While promises of General William Tecumseh Sherman and others to grant freed Blacks “forty acres and a mule” were not honored, Black families still organized to obtain land. As Presser explains, “Land was an ideological priority for Black families after the Civil War.”

Presser adds, “In 1876, near the end of Reconstruction, only about five percent of Black families in the Deep South owned land. But a new group of Black landowners soon established themselves. Many had experience in the fields, and they began buying farms, often in places with arid or swampy soil, especially along the coast. By 1920, African Americans, who made up ten percent of the population, represented fourteen percent of farm owners in the South.” At one time, Black families owned 15 million acres of land.

But then land began to be lost. Between 1910 and 1997, Presser writes that Black families “lost about ninety percent of their farmland”—a loss of hundreds of billions of dollars of land wealth.

How did this happen? There were many mechanisms. As Sherrod explained in NPQ, one was that the US Department of Agriculture (USDA) failed to provide credit to Black farmers on the same terms as for white farmers. Ultimately, Sherrod and fellow farmers sued. The Pigford settlement led to over $2.3 billion in payments, but that hardly reversed all of the damage.

Two other mechanisms are violence and legal trickery. First, the violence. As Presser explains, a group called the Whitecaps, led by poor white farmers in the early 20th century, would accost “Black landowners at night.”

In Lincoln County, Mississippi, Whitecaps killed a man named Henry List, and more than fifty African Americans fled the town in a single day. Over two months in 1912, violent white mobs in Forsyth County, Georgia, drove out almost the entire black population—more than a thousand people.

Ray Winbush, director of the Institute for Urban Research at Morgan State University in Baltimore, informs Presser that most lynchings of Black men that occurred between 1890 and 1920 took place “because whites wanted their land.” An Associated Press (AP) study in 2000 and 2001 uncovered 57 separate “violent land takings” out of 107 land takings—the other 50 involving “trickery and legal manipulations.”

The AP study looked at the early twentieth century, but legal trickery remains prominent today. Many Black landowners who died didn’t leave wills, with the result that often the land is now held in common as heirs’ property, which makes maintaining title challenging.

The practice of heirs’ property, Presser explains, “began during Reconstruction…and it continued through the Jim Crow era, when Black communities were suspicious of white Southern courts.” The USDA contends that heirs’ property “is the leading cause of Black involuntary land loss,” citing census data suggesting that 80 percent of land owned by Black households lost since 1910 has been lost through this mechanism.

In Cateret County, North Carolina, historian David Cecelski tells Presser, “You can’t talk to an African-American family who owned land in those counties and not find a story where they feel like land was taken from them against their will, through legal trickery.”

As Presser explains, “In the course of generations, heirs tend to disperse and lose any connection to the land. Speculators can buy off the interest of a single heir, and just one heir or speculator, no matter how minute his share, can force the sale of an entire plot through the courts.” Or tax rates can be jacked up to force tax sales. Presser notes that, “In 1992, the NAACP accused local officials of intentionally inflating taxes to push out Black families on Daufuskie, a South Carolina sea island…. Property taxes had gone up as much as seven hundred percent in a single decade.” Two decades ago, Hilton Head had thousands of acres of heirs’ property; now, only an estimated 200 acres are left.

Reform is possible. Thomas Mitchell, a Texas A & M law professor, drafted the Uniform Partition of Heirs Property Act, which gives family members the first option to buy, among other provisions. It has passed in 14 states, but eight states, including North Carolina, remain holdouts.

Some nonprofits, such as the Center for Heirs’ Property Preservation in South Carolina, seek to guide families through the legal gauntlet to regularize title. Over the past decade, the Center has helped more than 200 Black families clear title on land estimated to be worth nearly $14 million, as well as helping families earn revenue on the land through forestry.—Steve Dubb 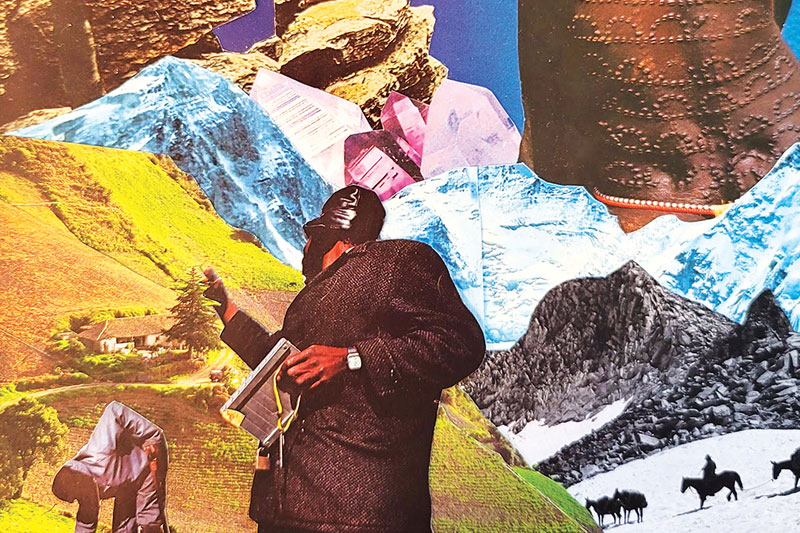