Preserving the Culture Heritage of Peru: A New Museum and More Security 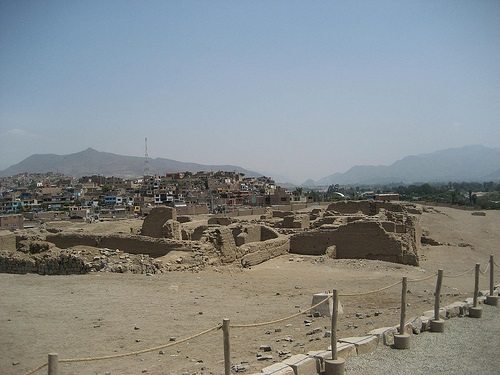 As an important step in preserving Peru’s rich cultural history, Culture Minister Diana Álvarez-Calderón announced the construction of Peru’s first large-scale national museum. The Museo Nacional del Perù will be built just southeast of Lima on the Pachacamac archaeological site, which features temples and pyramids predating the Inca Empire. While serving as an entry to the Pachacamac ruins, the national museum will contain an exhibition space of 49,000 square feet, a library, classrooms and laboratories.

With an anticipated completion date between April and May 2016, the Museo Nacional del Perù will be home to 500,000 artifacts. Many of the pre-Colombian artifacts will come from two smaller institutions, both of which will turn to other areas of specialization. The Museum of Archaeology, Anthropology, and History of Free People in Pueblo Libre will specialize in colonial and republican history, and the Museum of the Nation in San Borja will focus on updating its space for the display of contemporary art.

But while the national museum is an important step for the Ministry of Culture and the heritage of Peru, there is still cause for concern. Earlier in the month, Álvarez-Calderón announced that “it is impossible for the Ministry of Culture, with the resources it has, to keep guard of thousands of archaeological sites or 5,500 kilometers of the Nazca Lines.” The illegal intrusions on the Nazca Lines within the past several years have caused irreparable damage to the historical landmark, and other archaeological sites in Peru face similar damage from illegal mining, tomb raiders, and others.

Which such activities present at such high rates, Álvarez-Calderón and the Ministry of Culture have expressed their desire to collaborate with the private sector to better secure the historical sites and thus, the country’s heritage. Such collaboration could prove invaluable, as the damage of the archaeological sites cannot be undone. While the establishment of the Museo Nacional del Perù to educate and preserve is long overdue in such a culturally rich country, the importance of preserving irreplaceable archaeological sites should not be overlooked.—Michele Bittner