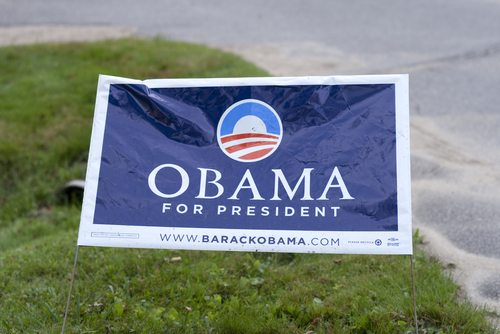 President Obama’s speech at the Democratic National Convention in Charlotte, N.C. was like the football coach’s pep talk, mostly geared to gin up the enthusiasm of the faithful. The president’s staff probably knows that it is the nonprofit sector that carries out and delivers on the anti-poverty programs funded by government. If it weren’t for the existence of nonprofits such as community action agencies and community development corporations, government anti-poverty programs would be stuck at the starting gate.

But like the speech of the football coach which doesn’t reveal too much of a game plan at a pep rally, President Obama’s speech cannot be sharply parsed for specific policy clues of interest to the nonprofit sector. Here is one of the president’s only two mentions of nonprofits and charity in the entire speech, occurring toward the end of the talk: “We know that churches and charities can often make more of a difference than a poverty program alone. We don’t want handouts for people who refuse to help themselves, and we certainly don’t want bailouts for banks that break the rules.”

This statement uses the rhetorical device of coupling messages for different wings of his in-person and television audience. Getting the word “handouts” into the text as the kind of poverty programs that he and we don’t want is a signal to be met with approval by the blue dog side of the Democratic Party. This is juxtaposed with his and our opposition to bank bailouts, which is tasty red meat for the progressive wing. President Obama used this coupling technique again on energy, mentioning his administration’s “investing in wind and solar and clean coal.” Not many nonprofits in the environmental field think the concept of “clean coal” makes sense, but coupling coal with wind and solar is an appeal to environmentalists that also demonstrates the administration’s continuing support for coal mining, particularly in mountain states where support of coal mining keeps a couple of Democrats in office.

An article on the Huffington Post suggests that Obama’s speech wasn’t about him, as he put it, but “about you…Yes, you and you and you, nonprofits.” But given that the president didn’t really get close to talking about the nonprofit sector as a crucial component of American democracy, the generally superficial indications of the president’s support of nonprofits discussed by the Huffington Post do not do justice to either the nonprofit sector (in terms of what it might want or need from the federal government) or to President Obama himself (whose policy agenda impacting nonprofits is hardly so shallow).

The president made a second reference to charity toward the end of his acceptance speech when he spoke about citizenship: “We, the people, recognize that we have responsibilities as well as rights; that our destinies are bound together; that a freedom which only asks what’s in it for me, a freedom without a commitment to others, a freedom without love or charity or duty or patriotism, is unworthy of our founding ideals, and those who died in their defense.” In this way, charity is a component of the president’s definition of citizenship, “the idea that this country only works when we accept certain obligations to one another,” as he put it.

President Obama is spot on in understanding the mutuality involved in citizenship at an individual level. He and his Republican opponent would do well to understand that citizenship at a societal level requires not only the functional government that Obama described with some eloquence, but a healthy and capable nongovernmental nonprofit sector. It requires a nonprofit sector able to call to account both government and business when need be, and to protect, advocate for, and mobilize the citizens of the United States who all too often get left behind in the operations and interactions of the public and private sector. We don’t need President Obama or former Massachusetts Gov. Mitt Romney to mouth “I (heart) nonprofits.” We need them to make a firm commitment to the development and strengthening of the nonprofit sector as a necessary pillar of American democracy, as indispensable as government, business, labor and religion. –Rick Cohen