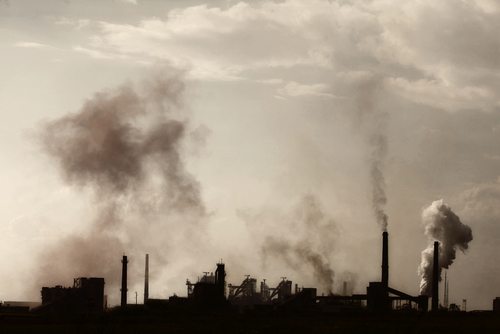 Prior to last night, unless Bob Schieffer of CBS News were to have a complete memory loss, it was a guarantee that global warming and climate change—issues of foreign policy that cannot be avoided by any U.S. administration—would somehow make it into the back and forth between President Barack Obama and former Massachusetts Gov. Mitt Romney in the third and final presidential debate. Or maybe not. Schieffer’s relentless focus for the debate, without objection from the candidates, was on terrorism and the Middle East, not the possibility that American energy policies are contributing to global destruction. It would have been nice had they addressed global warming in the context of domestic policy, given both candidates’ pandering to the “clean coal” voting constituency, but if it had to have come about in the context of international relations, so be it. But they couldn’t get there.

Climate change is a worldwide issue. United Nations Secretary-General Ban Ki-moon has called it the “greatest collective challenge we face as a human family.” But it wasn’t on Schieffer’s list of subject areas for the debate, which were listed as “America’s role in the world,” Afghanistan and Pakistan, Israel and Iran, the changing Middle East and terrorism, and “the rise of China and tomorrow’s world.” While climate change didn’t make the list, both candidates competed throughout the debate to see which could sound more pro-Israel, a topic broached innumerable times and addressed in pretty close agreement by Obama and Romney.

Admittedly, Schieffer didn’t ask about other important foreign policy topics, such as the U.S. posture toward the rampaging European fiscal crisis or the international scourge of narco-terrorists or anything dealing with Latin America, Asia (other than China), or Africa. Schieffer might also have asked a question about the World Bank’s commitment to eradicate world poverty, given that 1.3 billion people live on the equivalent of $1.25 a day or less, but that issue of vital international importance, like climate change, couldn’t break into the moderator’s questions or the candidates’ focus on pledging to stand with Israel, applauding the death of Osama bin Laden, and arguing over which would better deter the production of an Iranian nuclear bomb.

The issue of climate change touches all of these geographies. The international agenda includes discussions about a new treaty (endorsed in the Democratic Party campaign platform this year) to replace the Kyoto Protocol. Climate change affects countries rich and poor. Outside of Lynn University in Boca Raton, Fla., where the debate was held, environmental protesters gathered to demand that the candidates fill in the climate change lacuna that they left in their two previous debates. The candidates’ response? From Romney, there was none that we are aware of, but from the Obama campaign, a memo circulated earlier in the day that described the president’s green commitments. The memo enumerated the several times that the president has addressed climate change while on the stump, harkening back to candidate Obama’s 2008 pledge to exact heavy fines on coal plants for their carbon emissions.

It isn’t clear how the president’s 2012 in-debate advocacy of increased coal and petroleum production meets his campaign objective of reducing carbon emissions, but the memo may not have been meant as an explanation to the general public. Rather, it might have been a signal to the president’s green supporters to hold on, that if the president gets reelected, he will shuck his clean coal garb and return to an awareness of the need for action on global warming that means less coal production, not more. Why shouldn’t the American public be clued in? Why couldn’t Schieffer have asked?

So here is where we are, friends. The two presidential candidates plus a respected television newsman agreed to foreign policy debate topics that didn’t include global warming, the international relations issue that is central to the survival of the world as a habitable place.