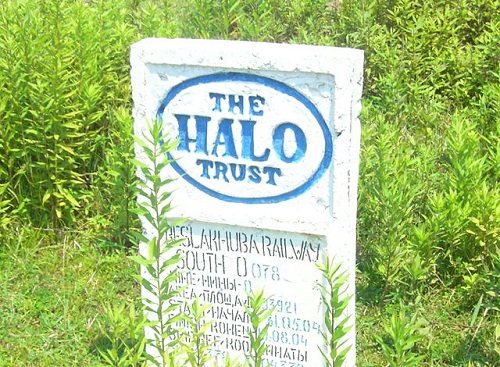 This article has been updated. See a statement from a spokesperson from the HALO Trust below.

The Daily News reports that the Halo Trust—a nonprofit once backed by Princess Diana and now supported by her son, Prince Harry—has suspended its CEO, Guy Willoughby. Apparently, the CEO took some $377,000 from Halo Trust donations (including 15 percent of its revenues from public funds) never disclosed in the charity’s financial records to pay for the boarding school tuition of his children. Not just once, either; Willoughby took $377,000 every year for his kids’ tuition and boarding costs. Willoughby was suspended, but apparently the deal to pay for his kids’ school costs had been approved—though never revealed in the organization’s financial records—ten years ago.

The Daily News reports imply that this sum was on top of his “high salary.” Willoughby’s explanation for getting the Trust—dedicated to clearing land mines—to pay for his kids boarding school cost is interesting: “I am abroad two or three weeks every month, and my wife is also abroad a lot of the time, so when we are abroad who is going to look after the children?”

Willoughby has his supporters. One unnamed friend told a British newspaper that the CEO was undone by the board in this scandal. “He has done nothing wrong and just wants to restore his name and reputation,” a friend said. “This is about a clash with some of the trustees. He has been treated disgracefully.”

That friend might want to consider that a board that strikes a secret deal with the CEO for unreported compensation puts both the board and the CEO in the wrong as a team. Regular people might be a little unsympathetic about the need to secretly finance the CEO’s kids at a boarding school; most of them get a babysitter when they can’t take care of their kids or perhaps ask friends to take responsibility, as opposed to sending them to boarding school.

Princess Diana wouldn’t be happy with this kind of behavior, we believe. Will former Halo Trust board member Angelina Jolie speak out, since she was on the board while some of this was apparently going on? Will Senator John McCain, a member of the board of the U.S. arm of the Halo Trust, long concerned about issues of accountability and transparency, speak out on this one? – Rick Cohen

UPDATE: As a clarification to this newswire, a spokesman for the HALO Trust said: “The Board of Trustees of the HALO Trust has taken the unanimous decision to suspend Guy Willoughby as chief executive following a serious deterioration in relations between him and the Board over the governance of the charity. The board will now undertake a review of the situation before deciding on the next steps to be taken. We have no reason to believe that there has been any financial impropriety either by Guy Willoughby or at the HALO trust. The suspension relates solely to the relationship between the CEO and the Trustees, their respective responsibilities and duties.”