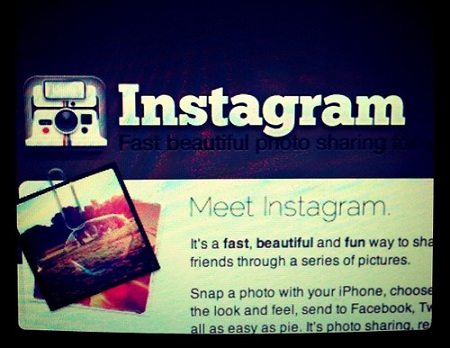 If or when you signed up to use the popular photography app Instagram, did you think that you would be signing off on your images appearing in advertisements? Now owned by Facebook, just such a provision is included in Instagram’s new terms of service and privacy policy. Nonprofit privacy advocates are not pleased about it. In a posting on its website, the Electronic Privacy Information Center (EPIC) states, in part:

“Instagram [will now be able to] use pictures in advertisements without notifying or compensating users, and to disclose user data to Facebook and to advertisers. Instagram also proposed that the parents of minors implicitly consent to the use of their childrens’ images for advertising purposes… Using an individual’s name or likeness for commercial purposes without consent is also prohibited in most states…”

EPIC Executive Director Marc Rotenberg tells the New York Times that the purpose of such state laws is to “allow people to obtain the commercial value of their images and endorsements, which is a big issue for celebrities and others, but also a reasonable concern for Facebook users whose images are used by Facebook to encourage friends to buy products and services.”

On its blog, Instagram notes that, “Nothing has changed about your photos’ ownership or who can see them.” This is technically true, as users’ images would only be used in advertisements directed to friends who had been given access to a user’s Instagram photos. But, in our view, that hardly addresses the real issue here, which is that Instagram users probably didn’t sign up with the thought that those camping trip pictures would be used in advertisements. The changes won’t apply to any photos from before the effective date, which is January 16, 2013. After that time, one’s Instagram photos are now fair game for ads.

The move has inspired considerable backlash. PCWorld has compiled a small sample of the negative feedback: “The end of my Instagram account. Deleting IG on 31 December 2012,” wrote Tumblr user Lee Djinn. “Alright, Instagram, nice to have known you! Bye, bye!” said Peter Burger. “Not angry, because you’re about to sell the pictures of users, but angry about that you don’t even ask.”

For some time now, the market has demanded that social media outlets monetize, monetize, monetize. But as backlash such as that documented above shows, efforts to derive profit from social media outlets that users have not previously viewed in market terms comes with significant risk. We raised a similar question in regard to Facebook’s experiment with allowing users to pay to promote posts. When the quest for money takes center stage, can social media retain its “cool” factor? NPQ readers that are Instagram users: what do you think of these new terms of use? –Mike Keefe-Feldman