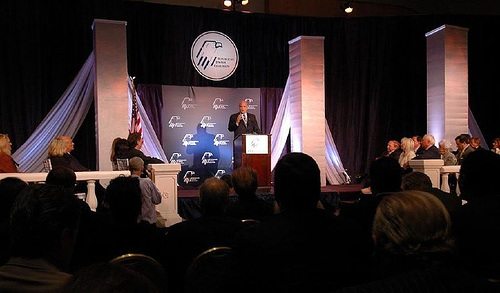 Kim Barker of the nonprofit public interest journalism outfit ProPublica has undertaken a major investigative report on the role of 501(c)(4) “social welfare organizations” in modern American elections. Regular readers of the NPQ Newswire should be familiar with these organizations that are able to offer donors a veil of secrecy so long as they can say that their aim is “primarily” focused on their stated social welfare activities. Barker takes readers inside a meeting of one such 501(c)(4) social welfare organization, the Republican Jewish Coalition, where the group’s executive director woos potential donors around the table with this pitch obviating the need for any sort of courage: “Contributions to the RJC are not reported…We don’t make our donors’ names available. We can take corporate money, personal money, cash, shekels, whatever you got.”

For anyone who’s not yet clear on how we got to this point, Barker’s full report is a must read. For those who already have the backstory here, the report is nonetheless of interest for Barker’s many examples of potentially actionable contradictions from 501(c)(4)s, such as these three:

There are many more, but ProPublica paints the picture that a fundamental assumption of many of these groups is that they can disband (perhaps even to regroup under a new name) before regulators have time to check on whether what they’re doing is particularly “social welfare”-oriented. NPQ’s stance on this matter has already been articulated by our national correspondent, Rick Cohen, who noted, “The needs of American voters to know who is trying to buy the elections should outweigh…the nonprofit sector’s inviolable need for donor privacy.” As such, we hope that ProPublica’s work helps the IRS find the will and the way to get serious about bringing accountability to groups that are largely “social welfare” organizations in name only. It is long past time for a sheriff to stand up in this “wild West” town of secret campaign finance. The integrity of our democracy depends on it. –Mike Keefe-Feldman