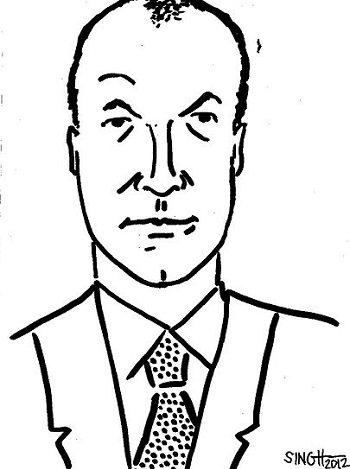 Imagine the reaction of the residents of Greenwich, Connecticut, to the presence of protesters in their cul-de-sacs, showing up to protest their billionaire neighbor, Paul Tudor Jones. A group called the Strong Economy for All Coalition, described in Business Insider as “a New York-area labor and community action group,” came to demonstrate against the influence of hedge fund billionaires in New York politics.

To its credit, Strong Economy for All lists its coalition members on its website, a mix of unions, including the AFL-CIO Central Labor Council of New York City, the SEIU United Healthcare Workers East, the Communications Workers of America, the New York State AFL-CIO, and the United Federation of Teachers, and issue-oriented activists, such as the Alliance for Quality Education, New York Communities for Change, Citizen Action of New York, and the Coalition for the Homeless.

The organizing campaign that brought this group to Greenwich is “Hedge Clippers,” in what’s seemingly a timely campaign aimed at the influence of hedge fund operators with Governor Andrew Cuomo. Hedge fund millionaires and billionaires have been influential contributors to Cuomo in support of charter schools and tax issues, just to name two. A Hedge Clippers online newspaper article has a detailed listing of hedge fund operators’ contributions to Cuomo campaigns, with Jones in the middle of the listing. Overall, one analysis suggests that hedge fund players have put $40 million into New York political campaigns, with Cuomo taking the lion’s share at $4.8 million.

Imogen Rose-Smith, a writer for Institutional Investor, suggests that Jones is an odd target for the Clippers. For most people outside of New York and outside of hedge fund circles, he is known as the founder of the Robin Hood Foundation, a public grantmaking charity dedicated to tackling poverty in New York City. In fact, the Robin Hood board of trustees is well stocked with hedge fund and other financial powerhouses, including David Einhorn (Greenlight Capital), Larry Robbins (Glenview Capital Management), John Griffin (Blue Ridge Capital), and Barry Sternlicht (Starwood Capital), but it also includes name players in philanthropy, social issues, and media, including Laura Arnold (of the Laura and John Arnold Foundation, known to NPQ Newswire readers for supporting charter schools and for working on pension reform issues), Marion Wright Edelman (Children’s Defense Fund), Geoffrey Canada (of the Harlem Children’s Zone, which famously raked in huge sums for its billionaire board members), Hollywood’s Harvey Weinstein, and TV personality Katie Couric.

Why would the Hedge Clippers of a Strong Economy for All make a target of Jones, who at least has roped in fellow hedge fund titans to address questions of poverty? As Rose-Smith puts it, the “Robin Hood Foundation is but one example of an organization that is trying to tackle the problem of what to do about those the economy has left behind.” It would seem that despite the philanthropic investments of Jones and other billionaire financiers, the members of the coalition marching in front of his home in Greenwich think that he and others of his ilk through their support of Cuomo on the Democratic side and many state level Republicans are supporting policies that their philanthropy doesn’t undo.

As seen by Andrew Hawkins writing for Crain’s New York, the signs that the protesters might have held in front of Jones’s home might have been “aggressive, bordering on violent.” The example he cited? “Time to clip some hedges.”

The choice of Jones’s Greenwich home was obviously a little more practical a site for the aggressive sign-holding than Jones’s other oceanfront home in Florida or his private game reserve in Tanzania. Last year, Jones celebrated his 60th birthday party with special performances at his Greenwich home by Jon Bon Jovi, Creedence Clearwater Revival’s John Fogerty, and Earth, Wind, and Fire. Worth $4.6 billion and earning $200 million last year, Jones is a target hard to ignore for working people in New York who see their incomes stagnating while the hedge fund owners negotiate tax loopholes for “carried interest” and other forms of income from which they benefit. Notwithstanding his philanthropy, it is probably hard for people to ignore his lavish lifestyle and immense wealth, which are supported by the policies enacted by the Republican legislators and Democratic governor he and other hedge funders help elect through their massive campaign contributions.

The philanthropy of Paul Tudor Jones is most welcome, but Jones and all other billionaire philanthropists cannot and should not assume that their philanthropy insulates them from a critical examination of their roles in supporting politicians whose policies do not do much or anything to advance the economic conditions of lower income and working class people.—Rick Cohen 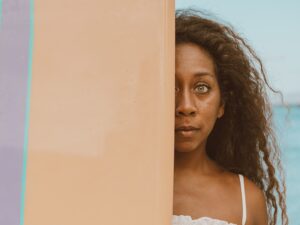