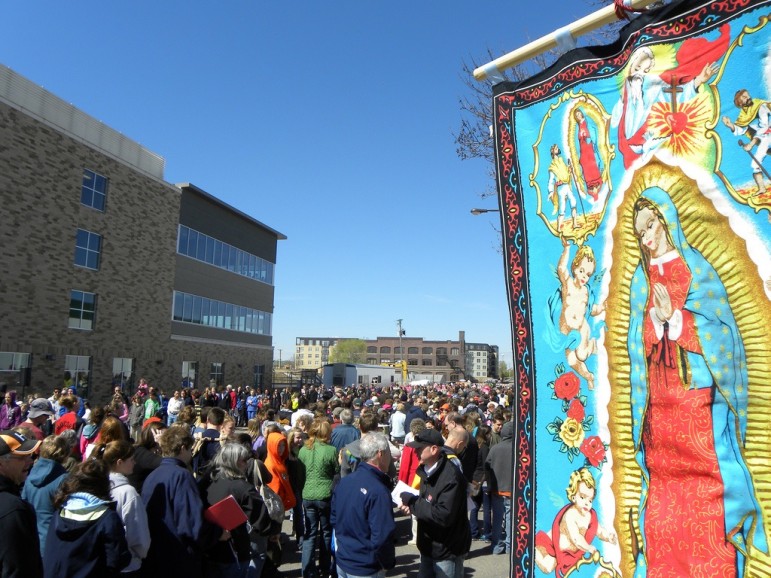 With all the attacks on it, along with moves to defund it, the last thing Planned Parenthood needs is a poor relationship with the neighbors of one of its facilities. In Washington, D.C., families at one of the city’s most popular charter schools are dealing with how to coexist with a new Planned Parenthood clinic next door.

According to the Washington Post, when school began recently at Two Rivers Public Charter School in Northeast Washington, sidewalks were torn up and major construction was underway next door at the site of an abandoned warehouse being turned into Planned Parenthood’s new flagship health center.

The center, which will provide preventive care and abortions, is not scheduled to open until next spring. However, protestors recently waved signs at passers-by, including the families who came in for parent-teacher meetings.

The Post reports that parents are worried “that they now will have to explain graphic images of aborted fetuses and the ideological underpinnings of one of the country’s most contentious debates to their young children.”

One critical parent told the Post that placing a Planned Parenthood facility between two schools was an unwise decision that compromises the safety of children: “Protests at abortion facilities are very heated, personal, and can turn physically violent.”

The school’s frustrated executive director sent a letter to parents about the “protesters with graphic images” who stood in front of the school, waving signs and shouting at people entering the building. She urged families to avoid the protesters, and said the school is working with police and plans to increase security outside.

Two Rivers had the longest waitlist of any D.C. charter this year. Planned Parenthood told the Post that finding space for a new clinic took two years, and it chose the location because of its transit access, affordability and on-site parking. The organization’s local CEO said that other clinics in the U.S. near schools “enjoy strong partnerships.”

Not that Planned Parenthood neglected to engage the neighborhood when it bought the building in 2013—it worked with the local Advisory Neighborhood Commission and school leaders as plans were developed, and met parents to discuss the new clinic, knowing how its clinics are often are the target of confrontational public anti-abortion protests.

The school and clinic are working to mitigate potential harm from future unrest. One parent told the paper that she plans to use the new clinic as a teaching opportunity for her children about free speech and sexuality.—Larry Kaplan