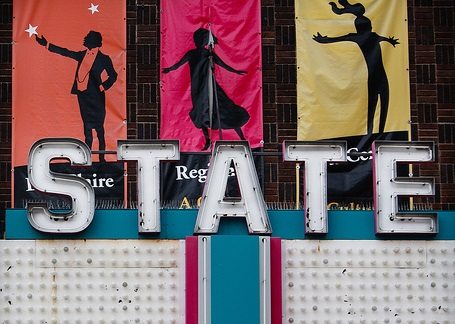 Throughout the country, performing arts organizations and arts centers are finding themselves in deep financial trouble. However, the small community of Eau Claire, Wisconsin is bucking this trend with a new performing arts center called the Confluence Project. The cost of this new arts facility is projected to be between $50 and $55 million, with a second phase to include student housing, among other things.

The Confluence Project appears to be a very real partnership between the public and nonprofit sectors. The public sector is represented by the city of Eau Claire, which has already committed $5 million to the project; the local county, which has committed $3.5 million; and the state of Wisconsin, which could offer as much as $25 million in new market tax credits. Recently, it was announced that a private foundation that supports the University of Wisconsin Eau Claire campus, the Sonnenberg Foundation, has provided as much as $10 million in the form of the donation of property as well as some cash.

The nonprofit piece is the creation a new organization that would own the property and so would be eligible to receive the new market tax credits from the state, a mechanism to garner funding with state approval that does not require a direct grant, attracting private sector investment.

This is where there is a little confusion, however. To be eligible for the new market tax credits, a nonprofit organization has to own and operate the facility. The proposal made by Russell Van Gompel, the city manager, is to create a new nonprofit that would include a variety of members, such as the City of Eau Claire, the UW Eau Claire Foundation, and key donors. The deadline to apply for the tax credits is September 12th, but the city council is scheduled to vote on creation of this new organization on September 9th. It seems unlikely that the organization could be established and approved as a nonprofit in three days.

Contrary to what has been included in several local headlines, the organizational structure is really not similar to the one used by the Green Bay Packers. The famed Wisconsin NFL team is truly owned by the community, with individuals holding shares in the corporation. The Confluence Project would be owned by a traditional nonprofit organization. Of course, to locals in Wisconsin, any reference likening it to the revered community ownership of the Packers is likely to cast a warm glow on the project, even if it’s slightly misleading.

Elements from all of the community’s sectors are involved: new market tax credits that would attract private investment, university involvement, support from various government bodies, a nonprofit corporation as owner, and support from a private foundation. In addition, this project supports recommendations and findings of seven different surveys and studies about the needs, wants, and desires of the Eau Claire community. This has built momentum around which the very broadly based partnership has come together, and gives the project a real likelihood of success.

Of course, the success is in getting off the ground (or getting into the ground, as this is new construction) and the challenges NPQ has reported about quite a bit are for organizations that are well established but trying to sustain themselves in the light of funding cuts. Perhaps the Eau Claire discussion should include issues of sustainability, not just initial funding.—Rob Meiksins