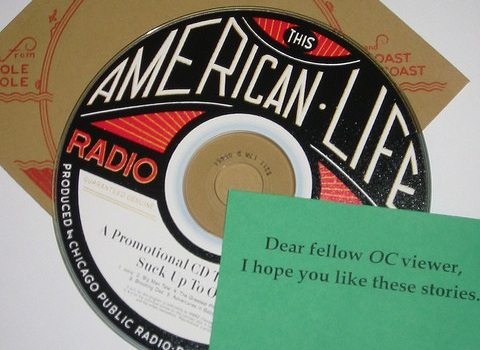 In the Boston area, public broadcasting stations WGBH and WBUR have been competing (some might say aggressively) for some time. NPQ wrote about this in a newswire entitled “Cannibalizing the Competition?” in April of 2011: “…WGBH, which had always had a mixed format of news, talk and music, decided to divide its classical music offerings off onto a separate station (99.5) and this left it largely mirroring WBUR’s all talk/news format. WGBH’s signal is stronger and this, the fact that they are a part of a larger corporation that includes the iconic WGBH-TV, and possibly a number of other factors have resulted in audience growth of six percent for WGBH and an audience decline of eight percent at WBUR.”

Last week, WGBH announced it has acquired Public Radio International (PRI), which syndicates WBUR’s “Here and Now” and also distributes “This American Life,” which runs locally on WBUR. WGBH and PRI have a long working relationship, as WGBH has co-produced PRI’s “The World” for the last 16 years. WGBH operates 11 public television services and three public radio services and is the largest producer of primetime content in the U.S. for the Public Broadcasting Service (PBS). Poynter reports that PRI has “less than 10 percent of WGBH’s employees and 15 percent of its revenue,” so the acquisition by WGBH will presumably create an infrastructure that might be able to gain PRI some ground.

PRI CEO Alisa Miller says that, on PRI’s side, the arrangement flowed out of a strategic planning process that began a few years back where they laid out ambitious goals. They later found that though they were quick to identify opportunities, they could not pace their approach to them well. “If there was anything missing from PRI, it was the ability to scale quickly,” she said. “This is an environment where you need to not only be able to move quickly, but also, when you find success, you need to be able to feed it and nurture it.” WGBH CEO Jon Abbot says that PRI’s “energy and creativity looking at public media’s future will hopefully rub off on WGBH.” Reportedly, the plan is to keep the two organizations operating fairly independently. It will be interesting to watch where this goes. WBUR still has a wide audience lead, by the way.

One additional point: this question of what is needed to support a fast pace of innovation came up just last week in a newswire regarding a large nonprofit health insurer. We expect that we will see more of it in the near future. –Ruth McCambridge