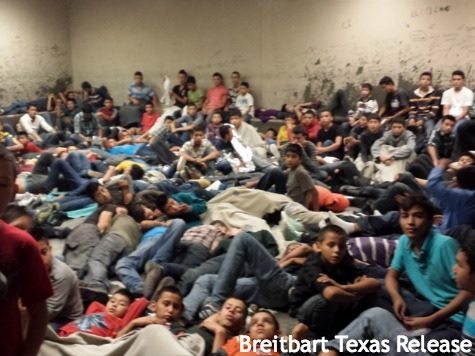 Late last week, NPQ reported on nonprofit BCFS’ plan to open an intake facility for unaccompanied minors in a closed hotel in Weslaco, Texas. Just in the past few days, the story has spread rapidly in the media, with key elements (such as the projected costs, the organization’s planned collaboration with the U.S. Department of Health and Human Services, and the broader issue of immigration) taking on differing shapes depending on the publication. The fact that both BCFS and HHS have already withdrawn the plan is a reflection of how polarizing the issue of immigration has become in the U.S. right now.

As an example of the extremes that coverage of this story took, one headline announced, “BCFS Withdraws Bid for $50 Million Alien Resort Spa.” (Fox News called it “a $50 million resort for illegal children—complete with tennis courts, sauna and pools.”) In an effort to fact-check this off-putting headline and the post as a whole, the Monitor spoke to local real estate broker Sally Fraustro Guerra about the state of Weslaco’s Palm Aire Hotel. “They’re making it sound like a five-star hotel, some big resort and it’s not,” Guerra said, adding, “It’s very old and very, very outdated.”

An official statement made available by BCFS provides clarification on the objectives of the Weslaco plan. In what was outlined as an estimated average of a 15-day stay, “Children would be provided room and board, in addition to basic education, recreational activities, medical and mental health care, case management, and religious services, if they chose to participate.” Pointing to yet another issue of controversy, the statement continues, “The children would not have attended public school.”

As a final note of context, the statement explains, “This proposal sought to find a solution for providing safe, humane care for the children flooding across the border and overwhelming U.S. Border Patrol and communities.” Without any visible trace of information on the Weslaco proposal still available on the BCFS’ online news center, there is also no information available indicating follow-up plans for service.—Anne Eigeman