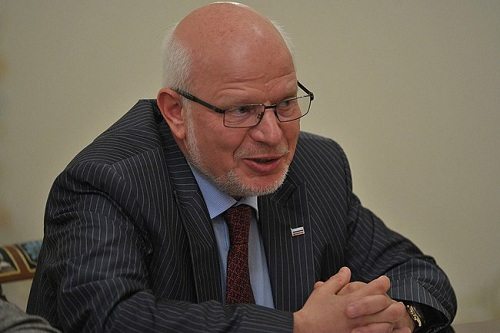 As twenty-eight Greenpeace activists and two journalists await prosecution for boarding, as a protest, Russia’s first oil rig in the Arctic, Putin’s own human rights adviser is pushing prosecutors to drop the piracy charges lodged against them.

“These charges are laughable because there isn’t the slightest justification for accusing the crew of the Arctic Sunrise of piracy,” Mikhail Fedotov said. “They might just as well have charged them with gang rape of the platform.”

He said they that charges should, at the most, include minor hooliganism. Hooliganism carries a maximum of sentence of 15 days in jail, in comparison to the 15 years associated with the piracy charges.

The courts to date have refused to release the activists on bail, prompting Greenpeace International’s executive director, Kumi Naidoo, to offer himself up as a human bail guarantor.

“Those people who charged the crew of Arctic Sunrise with piracy should be made to finance two or three global tours by the Bolshoi,” said the outspoken Fedotov. “I’ve long called for such individuals who cause harm to the country’s reputation to be forced to pay compensation.”

Among the activists are citizens of the U.S., Finland, Argentina, Switzerland, the U.K., Australia, Brazil, Canada, Denmark, the Netherlands, New Zealand, Ukraine, Russia, France, Italy, Turkey, Poland, and Sweden, according to Greenpeace.—Ruth McCambridge