Quality of Place and Art Centers: The Link that Builds Community 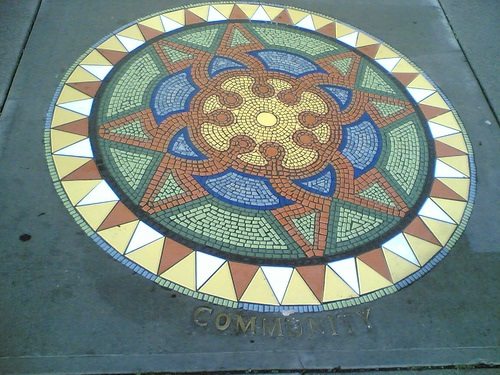 Jersey City’s White Eagle Hall, built as a parish hall in 1910 but more recently known as the practice gym for the storied Saint Anthony’s Friars high school basketball team, is undergoing a $3.2 million renovation. When the space reopens next April, it will expand the Jersey City Theater Center (JCTC) by adding an 800-seat performing arts venue and two restaurants to the city’s growing Italian Village neighborhood, as reported in the Jersey Journal.

About 800 miles west of Jersey City, the residents of Jasper, Indiana, have undertaken a $465,000 fundraising campaign to save Astra Theatre on the Square, an historic movie theater that opened in 1937 and operated until 2002. Last week, Dubois County Community Foundation (DCCF) made its largest single grant to date, a $100,000 gift to Next Act Inc., the nonprofit leading the campaign. This 2-to-1 matching grant requires Next Act to raise $200,000. The combined $300,000 will establish an endowment; the remaining $165,000 is needed to purchase the building.

In both cases, civic leaders and city planners cite the potential for community engagement and economic impact through the arts.

Leslie Hamby, board chair of Jasper’s Next Act, noted that the Astra is “firmly rooted in our community’s history. She added that, “We see the Astra project as embracing that history, but are also looking forward to creating a unique arts and entertainment venue that will serve once again as a strong community gathering place.”

DCCF president Brad Ward said, “The community foundation has long envisioned making a grant of significance toward a community project. The fact that it is bridging generations of leadership in the formation of a new entity, partnering with a strong institution like the Jasper Community Arts Commission, benefitting our downtown (by) repurposing an old building and launching a new era for the performing arts is beyond what we could have imagined.”

Re-opening the Astra is a project listed in Jasper’s master plan for revitalizing its downtown and riverfront area. The renovated building, which most likely will be operated by the Jasper Community Arts Commission, will include spaces for arts classes as well as film screenings, film festivals and other performing and visual arts programming. Ed Cole, president of Dubois Strong, an economic development agency, said that the Astra project would contribute to the region’s “quality of place.” As Cole observed, “Many economic development experts say quality of place exerts a powerful influence over the jobs and careers we have access to. The place we meet and choose to live and the ability to lead fulfilling lives are all affected by quality of place.”

Meanwhile, back in Jersey City, JCTC is getting ready for its own next act. The arts organization is the brainchild of artist Olga Levina and her developer husband Benedetto Piccolo, owners of White Eagle Hall. This past April, they opened Merseles Studios in the building next door, with a 50-seat, flexible black-box theater for small productions, a gallery space, and direct access for visitors to the studio spaces of the center’s resident artists. According to the website:

“JCTC’s mission is to present innovative and progressive performing and visual arts as well as educational art programs which embrace the diverse identity and preserve the rich history of Jersey City, bringing its community closer together and enhancing its quality of life. JCTC programing encompasses theater, music, dance, film and multimedia.”

The large JCTC venue in the renovated White Eagle Hall will be booked by Todd Abramson, former owner of Maxwell’s in Hoboken (which closed in 2013), and is expected to attract large music and entertainment acts. The two restaurants, Madame Claude and Down Home, will also draw people to the center, and of course will also create jobs for local residents.

In fact, JCTC is one of several arts organizations mentioned this past weekend in an article in the New York Times about “the cultural rise of Jersey City.” According to the city’s planning director, Bob Cotter, “It’s a very good time for us. We’ve seen a ratcheting up in the creative class.” Mana Contemporary, “the sprawling art destination that laid down 35 acres of roots in Jersey City in 2011,” will in January open the Manhattan-based International Center of Photography’s archives, in a 15-000-square-foot space.

JCTC’s Levina said she looks forward to having White Eagle Hall and Merseles Studios both open for business. “What we’d like to see happen is the two venues working together. We’re going to work hard to bring programming that will surprise people, like under-the-radar theater festivals and theatrical works by women.”

Christine Goodman, founder and executive director of Art House Productions, coordinates quarterly Jersey City Fridays, which link 50 venues and attract up to 3,000 people to performances and events. “Now, we’ve become this community that has a face to our arts scene, she said. “People are proud to live here, and people want to come visit. The city’s thriving because of it.”—Eileen Cunniffe