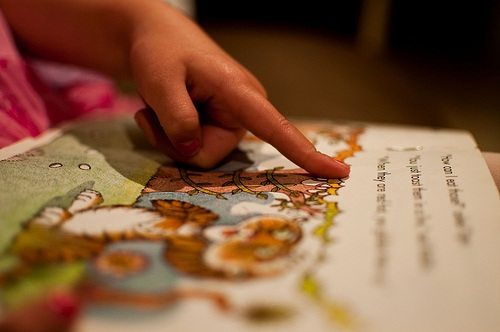 As reflected in the statement of Charles Barone of Democrats for Education Reform, the advocates of the Obama administration’s “Race to the Top” program—the high visibility competitions for states and cities to adopt a few major school reforms—are spitting mad. A group called Broader, Bolder Approach to Education (BBA) issued a report that declared the $4 billion U.S. Department of Education initiative’s results so far as paltry compared with the promises of the winning applicants. Sounding like he needed a sedative after reading the report, Barone declared it “intellectual dishonesty of the worst kind by very smart people who know better” and “junk science that would not meet TV icon Fred Sanford’s standards of junk.

The Department of Education was a bit more temperate in its critique, suggesting that it is seeing improvements already, but that it’s too early to reach sweeping generalizations about the success or failure of the program that began in 2009. In fact, the Education Department’s own program evaluation of the Race to the Top won’t be released for another two years at the earliest. An unidentified Education spokesperson added, “No one ever doubted that change this big would be hard.”

What’s at the heart of the Race to the Top program? The winning states—11 plus the District of Columbia, awarded in two rounds—getting hundreds of millions, plus seven states in a third round getting smaller amounts, was predicated on achieving change rapidly in student performance (based on more rigorous academic standards) and teacher and principal ratings (based partly on students’ performance), alternative certification paths for teachers, and the elimination of limits or bans on charter schools. In other words, to win, states had to adopt the catechism of education reform tenets that some Democrats, like Barone and Education Secretary Arne Duncan, believe to be important and necessary. (Like Mitt Romney during the 2012 campaign, Republican education reformers might have largely applauded the core beliefs of the Race to the Top, but called for even more changes, such as private school vouchers and busting the teachers’ unions.)

What happened? Even if one assumes that Barone’s scorched-earth reaction is somewhat over the top, there might be a couple of reasons why the results of the study were not particularly positive. One was cited by the national coordinator of BBA, Elaine Weiss: States tended to overpromise because of the political criticism that would flow had they failed to do whatever they could to land $400–500 million in Race to the Top funding. Multiple states were subjected to plenty of criticism for “leaving $500 million on the table.”

A more fundamental issue is one of belief. Barone’s comments indicate that many educational reformers believe that the Race to the Top reforms are correct because they simply are. You can see that in much of the debate over education reform; advocates of charter schools and high-stakes testing simply believe in those concepts, regardless of the mixed results they have yielded to date. The BBA critique reflects a belief of one of its parent organizations, the Economic Policy Institute, that the root causes of the achievement gap are really societal conditions such as poverty.

Maybe a third issue is that the Race to the Top isn’t just a federal program. Plenty of foundations put money into states’ applications, notably the Gates Foundation, which is a longtime proponent of high-stakes teacher testing and major expansion of charter schools. In 2010, despite the Education Department’s defense that 2013 is too soon to draw any conclusions about the program’s success, Steven Lawrence of the Foundation Center interviewed a handful of funders and government officials who suggested that they needed to see “more extensive commitments to reform by their states before providing additional support.” Lawrence observed that “government officials…will need to identify ways for funders to participate in the development of new policies and strategies for implementation—not merely provide hands-off financial support.”

As many readers remember, the Gates Foundation preselected a number of states for $250,000 grants to help them develop Race to the Top applications. Largely in line with Gates’s educational reform priorities, the Broad Foundation supported the Race to the Top applications of several states and last year issued a strategy paper through The Broad Center expressing its interest in “‘accelerat[ing]’ the pace of ‘disruptive’ and ‘transformational’ change in big city school districts, and creat[ing] a ‘go-to group’ of ‘the most promising [Broad] Academy graduates, and other education leaders, who are poised to advance the highest-leverage education reform policies on the national landscape.’”

We suspect that education reform funders engaged in the Race to the Top may have pushed, like Gates and Broad, for bigger and faster reforms, perhaps more than local and state political dynamics might have allowed, and certainly different from the longer, more complex challenge of dealing with the underlying problems of poverty. That was exactly one of the significant findings of Lawrence’s report: “Several of the interviewees…expressed sincere dismay about the dominant role that politics and political expediency played over sound policy in the process of establishing reform goals and preparing their state’s applications.”

Barone’s critique of the BBA critique reflects something we have seen in the education reform movement. They exhibit something of the behavior of “true believers,” a concept popularized by the philosopher Eric Hoffer in the 1950s. They believe in charters and testing, and criticisms are no more than “junk.” A better approach would be to hear the critical feedback that doesn’t fit their beliefs and try to understand.—Rick Cohen