This article was first published in the 2005 “Regulatory Landscape” edition of the Nonprofit Quarterly from fall 2005.

The public’s understanding of recent corporate scandals continues to expand and deepen as the press covers the trials of CEOs and CFOs alleged to be malfeasants. The scandals, of course, seem to appear weekly and include such public dramas as the Enron, Adelphia, and WorldCom accounting frauds; Marsh McLennan and AIG’s broker fees; Putnam Investments’ mutual fund traders; the New York Stock Exchange’s excessive CEO compensation; and the Disney and Hewlett-Packard board shake-ups. These high profile examples are the poster children for the widespread need for increased corporate accountability, reasonable financial and internal controls, and enhanced transparency and disclosure—and major changes in the roles of regulators and boards.

Public outrage about such goings-on resulted in the passage of a major federal law called Sarbanes-Oxley, as well as inspiring aggressive SEC enforcement and oversight and a new activism by state and federal prosecutors, the media, and institutional investors. Wise boards and executives are also scrambling to ensure that they develop standards of governance that aggressively meet the new requirements. These are all excellent steps in the right direction.

The closest thing the nonprofit sector has had to the Enron and WorldCom spectacles in terms of producing national public outrage were the United Way and Nature Conservancy scandals—just due to the groups’ national prominence. Although they don’t rise to the level of severity of the corporate scandals in terms of pure dollars and victim impact—lost jobs, pensions, 401(k)s—they do strike a highly sensitive moral nerve based on the public’s enhanced expectations for nonprofits and their leaders to act well and honorably.

An increasing number of local stories are bolstering national news stories. In Massachusetts, for instance, these include a series by the Boston Globe Spotlight Team that exposed self-dealing and perks at numerous private family foundations, including the spending of millions of dollars on private jets, excessive salaries, and lavish travel. A century-old community hospital, beset by the many changes in the healthcare market, made large, unsecured loans to some of its doctors, and had to close. When Boston University recently sought to hire a successor to President John Silber, many people were shocked at the amount of compensation offered to the successful candidate, who resigned a day before beginning his new job.

What can the nonprofit sector learn from the experience of for-profits in this brave new world of accountability? I argue that for-profits have shown us a lot about what not to do. In particular, they—through their most vocal and influential business associations—have consistently resisted calls for enhanced regulatory and ethics reform and have complained that SarbanesOxley, which imposes disclosure and accountability requirements on publicly traded companies, is unnecessary and burdensome.

One shining example of this kind of resistance to regulatory reform comes from the U.S. Chamber of Commerce, whose president, Tom Donohue, has attacked and vigorously lobbied against “overreaching regulators” and “aggressive state attorneys general,” while simultaneously proclaiming the need for strong business ethics and integrity.

Donohue, meanwhile, serves on four corporate boards of directors, including Qwest Communications International, a company that is the subject of an investigation by the SEC, a major federal criminal investigation, and several lawsuits by investors. Qwest is, to make matters worse (at least in terms of perception), a big financial supporter of the Chamber of Commerce. Donohue and the Chamber are lobbying vigorously to defeat proposed SEC regulations that would empower shareholders and tighten accountability standards, arguing—with straight faces—that in the face of a massive breakdown in self-regulation and C-suite-level ethics, self-policing measures are sufficient! They are also lobbying state legislatures to restrict the powers of attorneys general, and have made major campaign contributions to candidates challenging some judges up for election.

So, will the nonprofit sector and its leadership follow the for-profit leaders in its response to the call for more accountability? Will it rally to resist mandatory change by circling the wagons, raising the rhetorical flags, prophesying doom, and trying to run out the clock? Or will it seize the moment to help order the regulatory and accountability landscape?

While many of the media scandals that have emerged in the nonprofit sector involve illegalities, the real crisis is one of ethics. Far too many of the more common “corrupt” practices that destroy the integrity and erode the reputation of organizations and the sector as a whole, are legal—or at least not illegal. Everyone in the sector sees it—boards that are not rigorous about their stewardship responsibilities; those that are internally conflicted over long spans of time or who practice self-dealing behind a veneer of charity; foundations that exist solely to shelter wealth for the rich; and last, but not least the national and multinational entities that ought be treated almost exactly as Fortune 500 companies in terms of expectations about audits, boards, counsel, controls, compliance, financial integrity, and fundraising checks and balances. Unfortunately, too many of these larger entities believe their status entitles them to immunity and to act with impunity behind closed doors, whether or not they self-deal, because they are doing work with care and compassion! And some of them have been known to lobby hard within the past decade to retain that latitude.

Too often and too consistently, the nonprofit sector’s leadership has resisted review in the same terms and to the same effect as corporate America. Much of the “leadership” that has had the time and drive to lobby on the regulatory environment at all has or is well aligned with a particular set of vested interests. I admit I am a skeptic on this, but that is a result of my 35 years of professional experience. While I believe in the importance and mission of our sector, and while I have observed a host of exceptional leaders and governance models, I have great fears that the sector, given the choice, will do exactly what it has done historically, and in fact exactly what the leaders of corporate America are doing now: ragging the puck* with task forces and studies proposing more standards and more voluntary action, while at the same time talking only to fellow “insiders” and true believers. Assertions that regulation will divert time and money from our core missions, and that we should not all be tainted by a few bad apples, prevent us from considering the benefits of meeting the challenge to participate actively in the evolution of a carefully crafted, well tended, well bounded, well refereed, and sun-drenched playing field—and one that need not be “one size fits all,” form over substance, or unduly costly.

As Attorney General of Massachusetts, I developed model enforcement and education programs through strong partnerships and working relationships with all sizes and shapes of nonprofit organizations. I initially faced significant resistance, but fortunately I had the benefit of using an expert advisory panel of sector leaders and advisors to guide my office in developing a wide array of policies in diverse areas. As a result, my office was able to fairly and aggressively enforce the law against the small percentage of criminals, con artists, frauds, and corrupt entities whose actions tainted the integrity of the majority.

I am confident that this kind of public/private work toward strong and reasonable accountability systems can be done at a local level. What we are missing is the kind of positive, proactive advocacy from the sector—at the national level as well—that will help achieve the best balance of imposed and voluntary accountability measures. We must all value, not fear, the principles of democracy—accountability, transparency, disclosure, checks and balances, integrity, openness, robust debate, public and private-sector partnerships, and, above all, civic engagement by all of us, including an educated, active constituency.

* “Ragging the puck” is a hockey term that describes deliberately holding on, circling back, passing back, or otherwise retaining possession of the puck to keep your opponent from scoring.

Scott Harshbarger is senior counsel at Proskauer Rose LLP and the former attorney general of Massachusetts. 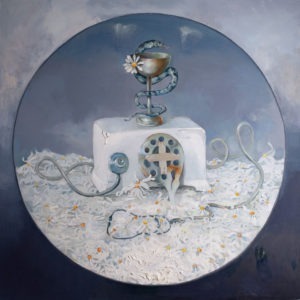 The Accountability Imbalance: What Nonprofits Need to Change