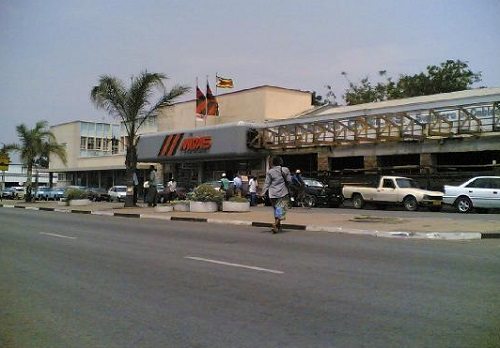 In light of the revelation last week that the outcome of the 2008 Zimbabwe election that kept President Robert Mugabe in power might have been swayed by a $100 million contribution from “the largest publicly traded hedge fund on Wall Street” in exchange for platinum mines, we thought it would be a good idea to return to a story covered by Louis Altman in the NPQ Newswire about a year and a half ago concerning the threat of raids on civil society groups and NGOs to uncover “subversive material.” In doing so, we learned of another, similar raid that happened just a few months ago, in June, when agents of state security raided Radio Kwelaz, a nonprofit radio station serving the Kwekwe community.

As reported in SW Radio Africa, “The security agents confiscated studio equipment, including CDs containing information on HIV/AIDS, pamphlets, newsletters, laptops and computers. Although no one was arrested, officers implied that station was broadcasting illegally, which is an offence under the country’s harsh media laws.” Officials at Radio Kwelaz were barred from their studio, with guards posted at the premises overnight.

This wasn’t the first time the Zimbabwean government had gone after Radio Kwelaz; a year prior, Kwelaz Community Radio Board Chairperson Eric Musesengwe, and volunteer Emmy Maseko were both arrested—he for broadcasting without a license, and she for “practicing journalism without accreditation.” That act was soundly condemned by the Zimbabwe Association of Community Radio Stations (ZACRAS) as part of “the continuous use of retrogressive and media unfriendly laws to arrest media and human rights activists.”

At the time of the arrest, Valentine Mutatu, of Zimbabwe Lawyers for Human Rights, serving as legal representation for Radio Kwelaz, described the police actions as victimization. After demanding the release of the seized equipment, he said the police had not charged his client or said what they were searching for. Moreover, as quoted by NewsDay Zimbabwe, Mutatu accused the police of citing a law that does not exist when seizing Radio Kwelaz’s property.

“‘In your search and seizure you produced a defective search warrant…purportedly issued in terms of Section 54(1) (a) of the Criminal Procedure and Evidence Act (Chapter 9:07),’ Mutatu said. ‘We must hasten to state that the said chapter does not exist in the said Act. We, therefore, suspect you are using an Act belonging to another jurisdiction.’”

Three investigators from two official Zimbabwean media regulatory authorities were brought in to ascertain whether any illegal broadcasting was going on.

“A three-member team comprising technicians from Potraz [Postal and Telecommunications Regulatory Authority of Zimbabwe] and BAZ [Broadcasting Authority of Zimbabwe] visited the studio yesterday morning to conduct investigations and later allowed Radio Kwelaz staff to resume work after realizing that the initiative was not carrying out any broadcasting activities. ‘They have allowed us to go ahead and use our facilities after correctly observing that there is no broadcasting going on. In short, this was an exercise in futility and aimed at intimidating our clients,’ Mutatu said.”

In the end, the organization was cleared of all charges and permitted to continue operations, although we found no word whether the equipment seized was ever returned. However, what’s clear is that those who pursue what we would consider the exercise of free speech and freedom of the press in Zimbabwe are still subject to harassment and interference by state authorities.—Jason Schneiderman