Concerning the shift away from the Resilient Cities program at Rockefeller, a friend wrote yesterday that there’s “a seldom spoken truth about foundations: The leading cause of major program shifts in the philanthropy world is a change in CEOs.”

Yesterday, Rebecca W. Rimel announced she would retire from Pew Charitable Trusts after 36 years at the institution and 25 years as its president and CEO. And, if my friend is right, this might suggest the well-endowed Pew would consider a pivot in terms of how it spends its growing cache of money. However, given the circumstances, we doubt that will occur very soon.

In 2003, during Rimel’s reign, the Pew Foundation, at that time one of the country’s ten richest foundations, changed from a private foundation to a public charity and from being primarily a grantmaking body to an institution that largely funded and directly ran its own programs. This caused a storm of concern at the time, particularly among Philadelphia’s nonprofits, which had suffered a number of philanthropic losses, although Pew did retain some grantmaking activities in Philadelphia and nationally. It also expanded beyond its Philadelphia home to a building in Washington, DC, that it purchased for $155 million then gutted and refitted.

When Rimel started at the foundation in 1983, the foundation had 10 employees; now, as an operating foundation, it has 1,000. Those are not the only expenses that have been turned inward. In 2015, Rick Cohen wrote about Rimel’s compensation at Pew which, in 2013, was healthy at more than $4 million. This included a deferred compensation package designed as a retention bonus. Perhaps she was worried about her retirement? But, wrote Cohen:

Rimel doesn’t appear to be short of money. Besides her sizable Pew and Pew-related take, she sits on the corporate boards of Deutsche Asset Management/DWS Funds; Becton, Dickinson & Company; and CardioNet (now called BioTelemetry). She also serves on the PNC Bank Advisery Board for Philadelphia and Southern New Jersey. It seems that her corporate board service isn’t pro bono.

Based on a February 1, 2015 filing by Deutsche Asset and Wealth Management, Rimel reportedly received $290,000 in annual total compensation from the Deutsche Fund Complex. One source reports that Rimel received a salary and bonus of $136,000 and stock awards of $249,192 for her service on the BioTelemetry board, apparently for the previous year. According to the Becton-Dickinson proxy statement for 2014, Rimel’s 2013 total compensation for her board service there was $250,150, divided between $81,000 in fees and $169,150 in stock.

Rimel plans to remain in the role of president/CEO until her replacement is chosen, after which time she will become a senior adviser. This sounds a bit like the goings-on at Susan G. Komen, where Nancy Brinker has cycled through various positions after resigning as CEO and where the rate of CEO turnover after her so-called resignation was high at four CEOs in five years. Coincidentally, Komen is housed in the Pew Building.

Pew board chair Robert H. Campbell, who formerly was chair and CEO of Sun Co., said, “We are fortunate to have had time to plan for Rebecca’s retirement, and the transition to a new CEO, well in advance. While the organization will continue to innovate and evolve, the board of directors is committed to the projects and strategies currently underway, including our support for the Philadelphia region.”

As of 2017, Pew Trusts showed $6.6 billion in assets.—Ruth McCambridge 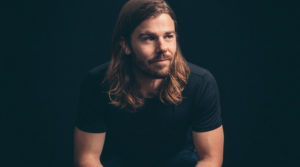