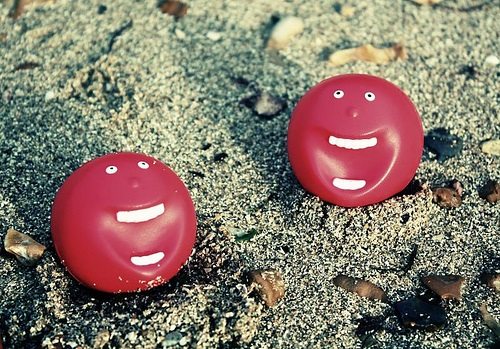 For 25 years now, U.K. fundraisers have mobilized offices, schools and individuals to give as part of Red Nose Day, the annual fundraising event that encourages participants to “do something funny for money.” Red Nose Day culminated in a television special on Friday night, which featured several comedic performances. “Muppets” favorite Miss Piggy delivered the night’s first fundraising tally, as you can see here:

After Miss Piggy announced that initial £4 million, more than £70 million more has come in, bringing this year’s total to more than £75 million. According to the official Red Nose Day 2013 website, that money will go to giving “shelter to young people living on the streets and protection to those living with domestic abuse” in the U.K., among other causes. In Africa, donations will support “sav[ing] thousands from malaria and provid[ing] whole communities with fresh water and life-saving vaccines,” in addition to other work. Red Nose Day is one of two major annual fundraising campaigns for Comic Relief, which is dedicated to “a just world free from poverty.” Since its founding in 1985, it has raised more than £800 million for its work in more than 70 countries around the globe.

One amusing Red Nose Day anecdote comes to us by way of U.K. Labour Party lawmaker Fiona Mactaggart, who described herself as “Twitter naïve.” On her Twitter page, Mactaggart posted, “I will give £1.00 to Comic Relief for every retweet of this message before 9pm.” In the course of a half-hour, Mactaggart watched her donation amount soar to the equivalent of $21,150, which was more than twice what she had bargained for. “It is a pretty big chunk from my savings but I can afford it,” she later said. She also noted that she doesn’t plan to make a similar offer in the future.

Despite the fact that there is no shortage of talented comedians in the U.S., it strikes us that there is not a U.S. counterpart to this event—or, at least, there is not one of similar scale. Comic Relief USA hasn’t been active with a televised special since 2010, and Jon Stewart’s “Night of Too Many Stars” has raised millions of dollars for autism programs, but nothing on the scale of Red Nose Day. –Mike Keefe-Feldman