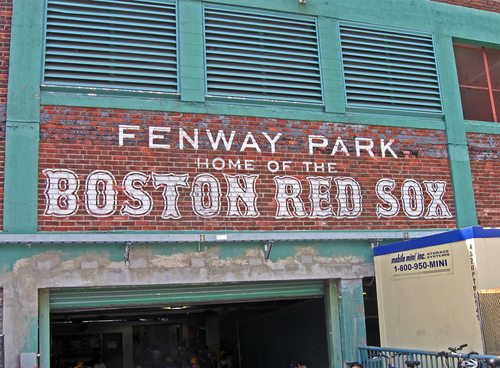 The Boston Red Sox may be close to the cellar in the American League East, but perhaps the team’s fans can take some solace in the fact that a recent report from the Red Sox Foundation illustrates that the Sox are, as the Boston Globe notes, “by far the most charitable team in Major League Baseball.” The Red Sox Foundation was established in 2002 with a goal of raising $20 million for regional charities over the course of ten years. Ten years later, the foundation has far surpassed that goal, raising $52 million.

In 2010, the Red Sox Foundation sent $7.6 million to area charities, some of which, such as Red Sox Scholars, are run by the foundation. By contrast, the team’s bitter rivals, the New York Yankees, came in second place when it comes to charity, donating $3.6 million in 2010. And it seems that the charitable spirit may stick with some Red Sox players even after they leave the organization.

Although the Red Sox traded Kevin Youkilis to the Chicago White Sox in June, his nonprofit, Youk’s Kids, recently came to the rescue of the Babe Ruth League in Goffstown, N.H., which lost about $20,000 worth of equipment after a baseball facility burned down after, it appears, it was struck by lightning. A member of the Youk’s Kids board says that the player’s “heart is still in the area even though he’s not physically in the Boston area.”

Given our main office in Boston, NPQ finds the home team’s commitment to philanthropy impressive. As Larry Lucchino, the team’s president and CEO, described it, “We take very seriously the Red Sox commitment to community, whether in New England or at our spring training home in South Florida…We know need has no offseason.” Now if they could just get some better pitching. –Mike Keefe-Feldman