Reductionism in the So-Called Science of Giving? 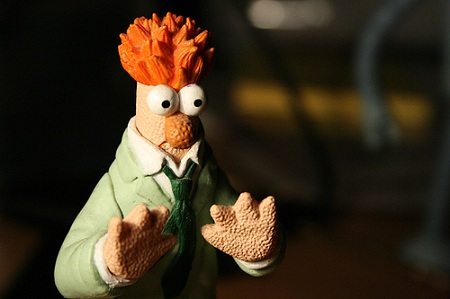 As we are in the end-of-year period when people traditionally think about making charitable contributions to nonprofit organizations and causes, we recognize that there are almost as many reasons to give as there are donors. But what donors give to and what they should expect to see from their gift has been a fairly hot topic, particularly with the growing emphasis on outcomes in the sector. As one article in NPQ has reported, there have been many studies and much investment in looking at what donors want. With no firm conclusions to be had, there are nonetheless legions of advocates who are wed to the idea that even if metrics are not what donors want as deciders in their giving, they should be. Now, in a blog on the New York Times website, Tina Rosenberg writes about a researcher from Oxford University, Toby Ord, who suggests that donors should give to those organizations that are the most effective in having an impact on the most significant issues (by the way, if you read this blog posting, do open up the comments section, as there have been some very interesting and intelligent responses posted there from around the world).

Ord’s argument is illustrated by looking at the average cost ($42,000) of training a U.S.-based guide dog, which does not restore eyesight and is helpful to one person. That same amount of money can pay for surgery to restore sight for more than 1,000 people at $25 each in Africa. Wouldn’t that be a much better use of the money? In essence, Ord is arguing that charitable contributions should be directed by a measurable rubric of impact. The rubric puts value on causes with measurable change, such as healthcare, and organizations that are the most cost-effective with low overhead. As the author of the blog points out, the rubric also assumes that social or health issues are more important that causes such as art.

Citing a lack of outcomes measurement from nonprofit organizations, Ord suggests turning to an organization like GiveWell, which has developed a list of the most effective nonprofits via a methodology of identifying critical causes that have some degree of consensus among academic researchers as to best practices for addressing the issues. GiveWell then finds those organizations that implement those best practices and measures that against the cost of doing business.

It’s perhaps a laudable sentiment for donors to want the most bang for their charitable buck. Of course donors never like to feel that their donations have been wasted. But would the proposed rubric have repercussions that are unintended and perhaps unwanted? For example, this approach values large numbers—organizations that help lots of people. But what about organizations that offer personalized, individual attention to fewer numbers, an approach that is often very effective? And what about the idea that large organizations often have a harder time innovating than smaller organizations, or the idea that there is some significant value in homegrown efforts that are “owned” locally? Wouldn’t the approach being suggested run the risk of severely limiting the number of charities that would receive support? In fact, these kinds of approaches to charity may end up backfiring in a number of ways since, as NPQ has reported before, studies indicate that when donors spend more time thinking about the impact and effectiveness of their gift, they are likely to give less generously than if they gave from the heart and on impulse.

Charity and giving often come from the heart and make us feel good. Sometimes we give just because, and that is not intended to be measurable. –Rob Meiksins