Regulating Human Rights Away: The Effects of Highly Professionalized Advocacy 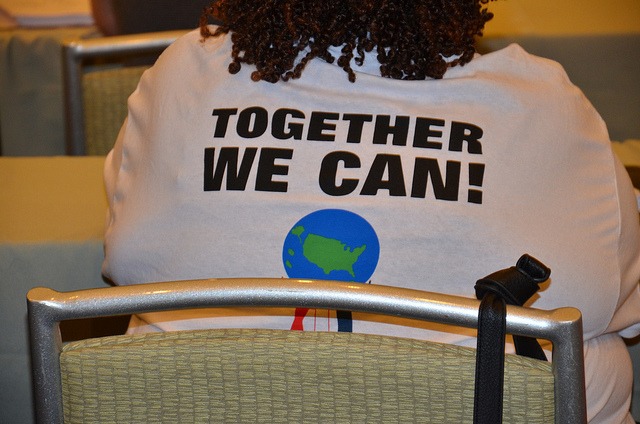 Attending a conference on civil society in Asia hosted by the United Nations Development Programme (UNDP) this August, I was reminded of a meeting I had with colleagues at the Center for Constitutional Rights in 2002, including Arthur Kinoy, a lawyer whose creative work in the 1960s helped to support and protect the civil rights activists who brought Jim Crow to an end.

It was a relatively bleak time at CCR, as respect for human rights was rapidly losing out to fear of terrorism, and a sense of pessimism settled over the discussion. Arthur, with characteristic bombast, pounded his fist on the table and declared, “The problem is that we aren’t connected to the people, the movement!”

After an uncomfortable silence, someone said, “Arthur, there is no movement anymore.”

Today, in the U.S., we are witnessing a resurgence of activism with movements such as Black Lives Matter. However, this has not long been the case. The proliferation of nonprofits in the U.S. coincided with a decline in older, more participatory forms of activism and civic engagement. Membership in unions has declined steadily, and the large membership organizations, once vehicles for broad democratic participation, have scant relevance today.

Many places around the world, meanwhile, have even stronger traditions of informal political organizing. Lack of material resources or political freedoms frequently made it impossible to do it any other way. But with the rise in global philanthropy and foreign aid, nonprofit organizations have taken root. The question of how formal institutions and popular movements interact in such places remains to be answered.

These organizations play a vital role in advocating for justice around the world. Activism is hard work, and by creating career paths for those who want to dedicate themselves to justice, these organizations support a cadre of well-trained activists able to devote their time and talent to the cause.

But there are risks in relying on formal institutions to defend rights. Nonprofit organizations exist within the legal structure maintained and operated by the state. By changing the regulatory framework, the state can wreak havoc on these organizations, driving some out of business with a chilling effect on the independence and advocacy of those that remain.

By contrast, stifling the activism of informal political coalitions is difficult, and may bring more serious political costs. Breaking especially clandestine opposition movements requires identifying and targeting individual activists, often with malice and brutality, to uncover networks, and continue the process. Meanwhile, indiscriminate violence against popular demonstrations can be a risky proposition for even the most well entrenched regimes.

In short, the auditor too easily replaces the torturer in crushing dissent.

Today, we are witnessing this on a global scale, and at a startling rate. According to the International Center for Not-for-Profit Law, between January 2012 and July 2014, at least 50 counties passed laws that crack down on NGOs. These laws range from foreign funding bans to burdensome government reporting requirements to limitations on freedom of expressions. These laws are far-reaching. Russia’s infamous 2012 law, for example, requires that some organizations that receive foreign funding register as “foreign agents”—a label that itself signals risk for these organizations. Similar laws are being proposed and passed in many countries, from Kyrgyzstan to Cambodia, Ethiopia to Egypt.

For international donors and civil society actors, this is a problem partly of our own making. Philanthropy has grown and expanded globally in recent decades, and the number of incorporated nonprofit organizations has risen dramatically as a result. This funding has fueled the growth and professionalization of human rights and social justice groups, especially in developing countries where indigenous resources to operate such organizations are scarce. But to some extent, the system that this funding creates may crowd out informal advocacy, leaving a system too vulnerable to attack by the state. We must find a way to nurture more diverse political ecosystems, encouraging individual citizen engagement and activity by informal associations alongside the work of nonprofit advocacy organizations. Efforts in dozens of countries to regulate dissent out of existence are the natural consequence of the prominence that nonprofits have gained as mechanisms for human rights and social justice advocacy.

For those of us in the international nonprofit and philanthropic sectors, perhaps it is time for somebody to pound the table again and remind us that the problem really is that we aren’t connected to the people, the movement.

Devon Kearney is director of development at PILnet: The Global Network for Public Interest Law, an organization that works with human rights activists and public interest legal organizations around the world, including in many countries where advocacy organizations are under threat. Previously, he has worked with the International Center for Transitional Justice, the Center for Constitutional Rights, and other U.S and international organizations.

As a nonprofit consultant, Devon Kearney has worked with human rights and social justice nonprofits around the world for more than 20 years, including many who work in environments where civil society advocacy is threatened today.