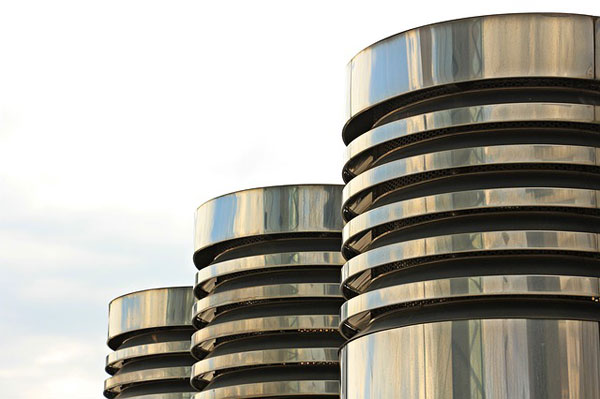 Editors’ note: In this article, Aaron Tanaka, director of the Center for Economic Democracy and cofounder of the Boston Ujima Project, envisions a new approach for economic development that is centered on the concept of a “social justice enterprise”—an enterprise that, beyond the social enterprise of “doing good,” actively has social justice embedded in the DNA of the values of the business. This vision is being piloted on a small scale in Boston through the Boston Ujima Project, but holds promise to guide many efforts to rebuild the economy from the bottom up nationwide.

The belief that you can “do good while doing well” has entered the mainstream. Evidence of the trend ranges from the popularity of certifications like B Corp and the institutionalization of social enterprise as an academic field to the popular appetite for critiques of the concept—like that of Anand Giridharadas, in his best-selling book Winners Take All.1 In fact, the idea that merely scaling these solutions can solve society’s most intractable problems is, at best, an incomplete theory of change. The most successful capitalist firms understand that competition within markets alone is a failing strategy. Politics and culture determine the winners of the economy, and the winners of the economy dictate politics and culture. Corporate allocations for lobbying, political action committees (PACs), and advertising are examples of this logic at work.

The outcome of this system is a rigged competition in which social enterprises are up against Walmart, Amazon, and other monopolies of the modern era. Here, economies of scale are fortified by subsidies and tax breaks, trade policies and supply chain interventions, regulatory and contractual favoritism, and a myriad of other proverbial fingers on the scale.

In a practical way, business associations of color and social enterprise alliances that engage in public policy advocacy actively seek to counterbalance the monopolistic market terrain. National networks like the American Sustainable Business Council, the Business Alliance for Local Living Economies, and the U.S. Federation of Worker Cooperatives all propel these strategies.

Additionally, a growing number of grassroots organizations and social movement networks are putting their political weight behind a more radical subset of the social enterprise sector. Groups like the Restaurant Opportunities Center United and the National Domestic Workers Alliance have incubated worker-centered enterprises in the historically exploitative sectors of food service and care work. The Movement for Black Lives platform, the national Right to the City Alliance, and the New Economy Coalition have all articulated a vision for taking land out of the market by tapping into cooperative and community-owned real estate structures.

Often under the banners of new economy, solidarity economy, economic democracy, and “Just Transition” strategies, these efforts advance specific private sector models that can exist in the capitalist economy while also subverting it. Movement Generation—based in Oakland, California—posits that “the heart learns what the hands do.” This formulation calls upon movement activists to “show, not tell” the possibilities for the future.

Building momentum from small, successful models, the social justice ecosystem builds our collective muscles for economic self-governance and leverages grassroots political power to win policy solutions that disrupt the “race to the bottom economy” in order to help grow alternatives. Rather than bending to the system, we bend the system to us.

At a local scale, this approach is manifested through the Boston Ujima Project (Ujima), a nationally recognized economic democracy pilot launched in 2017. Ujima is a start-up business and finance ecosystem governed by Boston’s working-class communities of color that includes over two dozen local businesses.2 Ujima’s ecosystem also includes the nation’s first community-controlled loan fund where every member has an equal vote on investment decisions, regardless of their personal financial stake.

Led by Boston’s grassroots organizations, Ujima is also creating a “Good Business Certification” to reflect the community’s demands for better policies, such as “Fight for 15” and “End the subminimum wage.” The “top tier” of Ujima’s Good Business Certification not only reflects the labor, ecological, and social standards that are expected from community-oriented companies, but also enrolls these firms as centers for building political power in a movement for racial, gender, and economic justice. Ujima calls these businesses “social justice enterprises.” The idea is that SJEs operate in relationship with and supported by grassroots networks, while also playing a protagonist role in the political and cultural struggle for transformative change.

Contradictions of Capital versus Community

In the face of the dramatic deterioration of organized labor, the need to reconceptualize social movement strategy is palpable. With a reduction from 35 percent of the U.S. private sector labor force—at the height of the labor movement in the 1950s—to 10.5 percent today (and only 6.4 percent in the private sector),3 the labor movement has had to expand its efforts to improve the quality of jobs held by nonunionized wage earners.

SJEs offer a workplace organizing strategy focused on the 47.5 percent of the U.S. private workforce (as of 2018, 58.9 million people) employed in the small business sector.4 Like multinationals, small business owners can be responsible and fair employers—or not. But unlike big businesses, many small business owners are working-class people of color themselves, who own and operate companies in the same communities where they live. These owners occupy a contradictory class position, facing pressure to extract profits from their workers and environment, while connected personally with the economic and political interests of their communities and employees.

It is certainly true that some small business owners are “bad actors” and should be challenged through an array of well-tested legal and campaign strategies. But a large number of these family and community entrepreneurs not only see their enterprises as a vehicle for “giving back” but also have direct economic interests that are in opposition to a multinational corporate agenda—and it is with this segment of community-oriented business owners that the social justice enterprise finds an opportunity to gain a foothold. SJEs seek not only to model structures and practices for the future of good business but also to leverage their political, cultural, and economic assets to create a more just society.