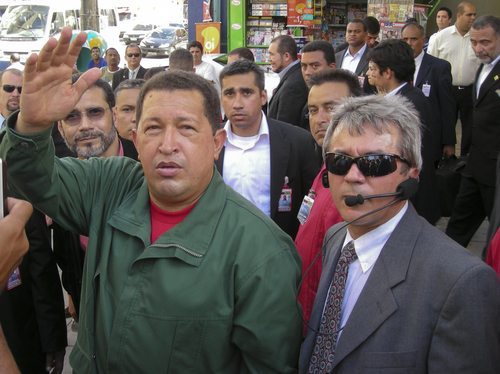 Venezuelan President Hugo Chavez died yesterday. It is hard to imagine a Latin American leader who was more controversial than Chavez. Part of that controversy extended into U.S. social policy, as oil-rich Venezuela (through the Venezuelan-owned firm CITGO) was the source of the donation of 200 million gallons of heating oil through the American nonprofit Citizens Energy Corporation run by former U.S. Rep. Joseph Kennedy II. Kennedy’s nonprofit gives poor families in 25 states and the District of Columbia free or discounted oil for heat.

Kennedy created the program in the wake of hurricanes Katrina and Rita, disasters that helped trigger escalating fuel costs that many poor families couldn’t afford. According to the Digital Journal, CITGO and Citizens Energy have provided 227 million gallons of oil worth $465 million to almost two million Americans. The program has also assisted 252 Native American communities and 245 homeless shelters. Over the years, Kennedy has been effusive in his praise of Chavez (for his donations) and of CITGO.

Venezuela’s assistance to the poor in the wealthiest industrialized country in the world is unusual, to say the least, particularly because Chavez has been a vocal critic of the U.S. government. At one point, he called former President George W. Bush a devil. Many think that Venezuela’s provision of home heating aid to poor families in the U.S. while the U.S. government has hugely slashed the budget of the Low Income Home Energy Assistance Program (LIHEAP) is sort of embarrassing. Critics view this as the U.S. (and Kennedy) being bought by Venezuelan petro-dollars, or as Kennedy facilitating Chavez’s “sticking it” to the U.S. Supporters see the CITGO program as helping the poor when the U.S. government and other oil companies couldn’t or wouldn’t.

“President Chavez cared deeply about the poor of Venezuela and other nations around the world,” Citizen Energy’s Kennedy said in a statement. “Our prayers go out to President Chavez’s family, the people of Venezuela and all who were warmed by his generosity.” As much of the world mourns Chavez’s death and travels to Caracas for his state funeral, expect the debates to continue about Chavez’s legacy and his role in providing home heating assistance to poor American households.—Rick Cohen