Remembering Marcus Raskin and His Vision of an Empowered Civil Society

“Will it be possible to learn from the past, distilling from it those guides which will enable humanity to live with itself and nature in peace and with dignity, well-being, and freedom? […] And are the literally thousands of local projects and social inventions around the world the basis of a global life affirming transformation in attitudes and purposes or will these humane impulses remain on the margins without much effect on dominant world trends that hurtle toward mutual disaster of contending forces?”

On December 24th, Marcus Raskin, cofounder of the Institute of Policy Studies (IPS), author of over 20 books, and a leading public intellectual for over five decades, died from heart failure at the age of 83. The obituary accounts in both the Washington Post and the New York Times describe the Institute he cofounded with Richard Barnet as a “liberal think tank,” which in some respects is fair, but misses so much.

Take, for example, the above quote, which comes from Paths for Reconstruction in the 21st Century. Raskin’s central questions speak quite directly to the stories we write and our guiding philosophy at NPQ of fostering “an active, engaged, and sometimes disruptive civil sector,” which we see as “critical to a healthy democracy.”

Importantly, in many respects, IPS was founded against the dominant liberal institutions of its day. The divisions that led to the creation of IPS in 1965 are reflected in the Democratic Party still, as seen in the 2016 primary election face-off between Hillary Clinton and Bernie Sanders.

The impetus to form IPS came from people like Raskin and Barnet (who had worked at the State Department). Raskin and Barnet were horrified that a self-styled liberal government was backing the Vietnam War. Their work soon broadened to encompass a comprehensive critique of the nation’s economic system, the security state, and a military strategy premised on nuclear annihilation known as “mutually assured destruction.” Raskin was tried and acquitted for his role in supporting draft resistance (including being the coauthor of this pamphlet) and also helped with the release of the Pentagon Papers in 1971. The struggle for peace was never far from Raskin’s work.

Raskin himself hailed from Milwaukee, Wisconsin, a city known for its “sewer socialist” mayors (very much of the Bernie Sanders variety), with Milwaukee’s last socialist mayor, Frank Ziegler, serving as mayor from 1948 to 1960, when Raskin was growing up. Raskin moved to Washington, DC in 1958, where he worked initially as a legislative aide to Robert W. Kastenmeier, who had won a congressional election that helped end a period of Wisconsin politics dominated by Joseph McCarthy and his supporters. It seemed that a new era of possibility had opened. But, just as many young activists became disillusioned during the Obama years and joined movements like Black Lives Matter, Raskin, Barnet and their colleagues founded IPS due to their own disillusionment with the limits of conventional US politics.

As Katrina vanden Heuvel notes in the Washington Post, “Raskin saw through the trappings of power and the lies and myths that buttress it, and called on us to change our course and rebuild our democracy.” Vanden Heuvel adds that Raskin “warned about the development of the national security state—the complex of war institutions shrouded in secrecy and grounded in claims of executive prerogative—that was and is profoundly at odds with our Constitution and our republic.”

He criticized the suffocating consensus—anchored by “Cold War and big business assumptions”—that fostered ever-greater inequality at home while committing the United States to endless wars and repeated imperial follies abroad … Raskin thought deeply about the sources and modes of change. He embraced the movements—civil rights, antiwar, women’s, environmental, consumer—that made America better, suggesting that the insurgents were creating a new public philosophy grounded in an “existential pragmatism rooted in experience and experiment.”

Raskin could be scathing in his critiques—even, or perhaps especially, when those critiques were of liberals. As Jesse Walker of the journal Reason points out, in Notes on the Old System, published in 1974, Raskin wrote:

From the end of the Second World War, liberals provided the music for the corporations and asserted the need for a strong national leader who would operate benevolently through rhetoric and the bureaucracy for the common good of the System. His powers would verge on the dictatorial …Lyndon Johnson was a master at managing bills through the Senate which were thought of as reforms, but whose fine print left the major institutional forces of the society untouched, or even greatly reinforced.

Raskin’s vision for social reconstruction and an empowered civil society is also restated in the 2008 paper on Paths of Reconstruction cited above, where Raskin called on activists to center their work on common values. “The human spirit,” Raskin added, persists,

How Liberatory Philanthropy and Restorative Investing Can Remake the Economy 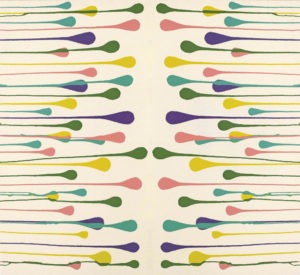 On Mutuality and Reciprocity as Systemic Medicine for What Ails Us 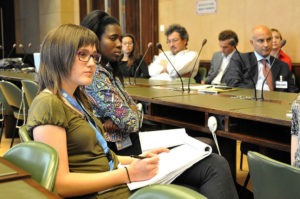 System Change: A Basic Primer to the Solidarity Economy 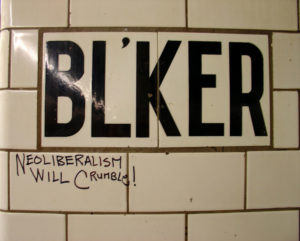 After the Next Recession: The Search for an Economic Path Forward

How Liberatory Philanthropy and Restorative Investing Can...

On Mutuality and Reciprocity as Systemic Medicine for What...